Hello everybody. What is your ideal condition if you buy a house…… Mmm…… lots of sunshine, convenience~ I’m Manga Republic’s Boss. 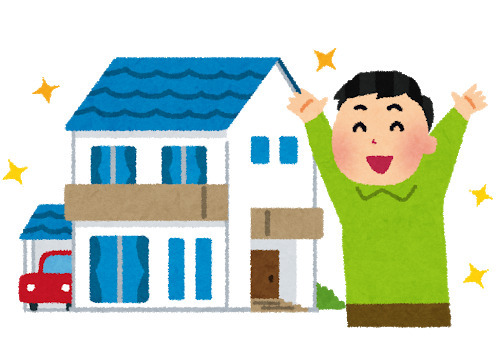 Hello everybody~! My ideas condition to get a home is…… to have a soundproof room since I often scream when I play horror games!

Yep! To own a house is such a lovely thing, where we can have lots of ideals and hopes……! We can say the same thing in the different world too!
Here’s a No.1 Spring 2021 Anime, where I think its setting looks most interesting!
Here we go!! 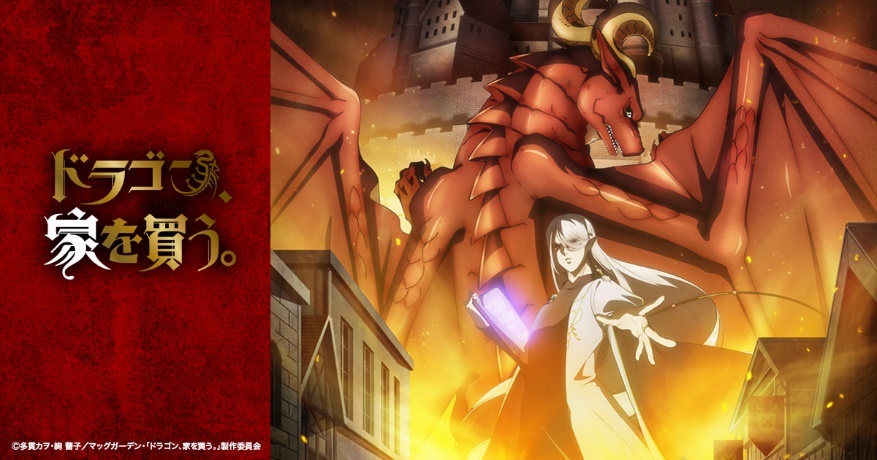 What Is Dragon Goes House-Hunting (Dragon, Ie wo Kau.)? 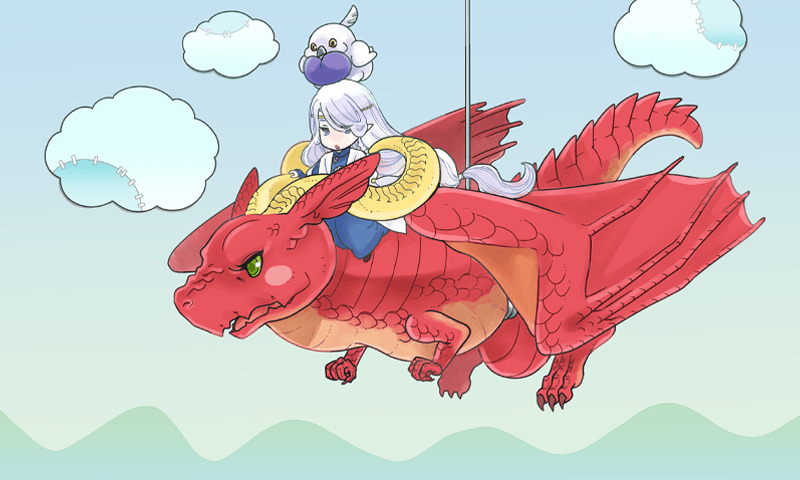 It’s a Japanese manga series, written by Tanuki Kawo-Sensei and illustrated by Shouko Aya-Sensei. It’s been serialized in the Monthly Comic Garden since 2017 and as for the comics, 6 volumes have been released.

This story seems to be set in the different world, so I thought its original was a light novel. 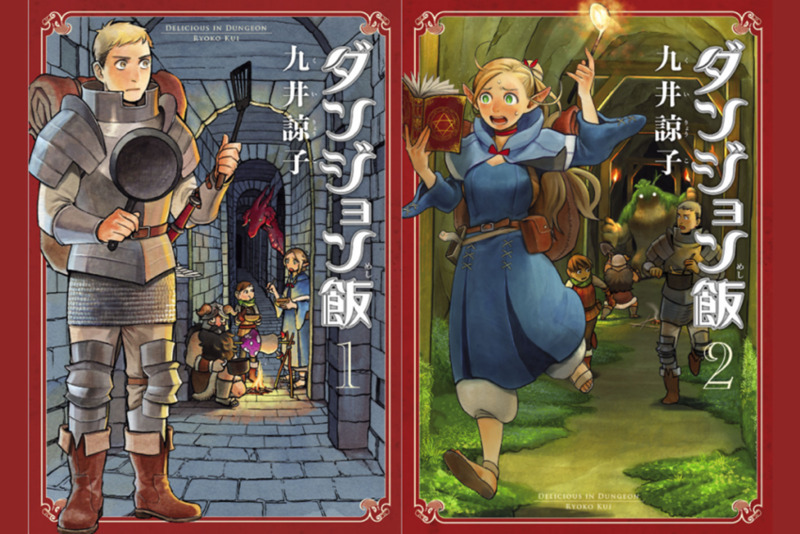 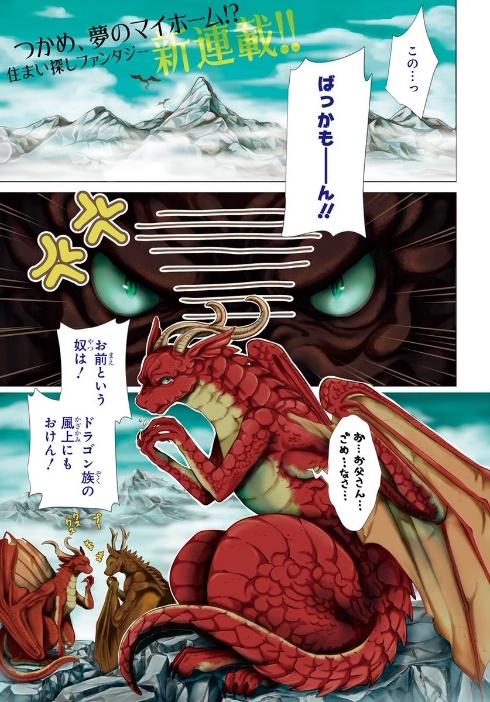 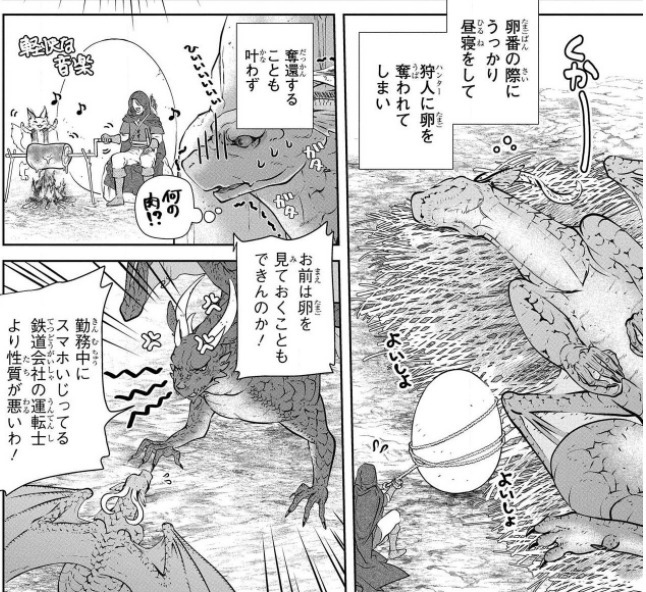 The main protagonist, Letty, is one of the male dragon tribes.
However, since he is too coward to watch the eggs even though he is in charge of it, he ends up being kicked out from the dragon herd by his father. 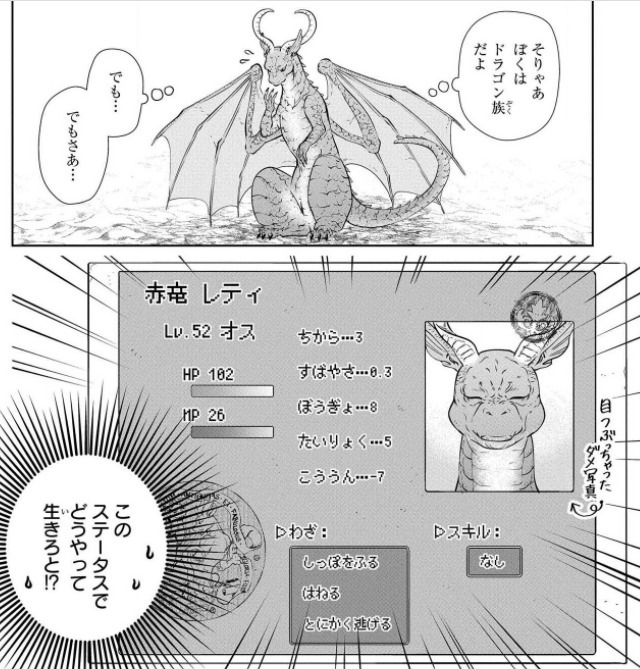 Since he has lived as the dragon tribe for a long time, his level is…… slightly high but actually, his status is so low that he might not be able to beat human’s kids. He thinks he might get caught by the people who are traveling or the braves……! Therefore, Letty decides to find his dream-like home, where he can live safely! Now he embarks on it but……! 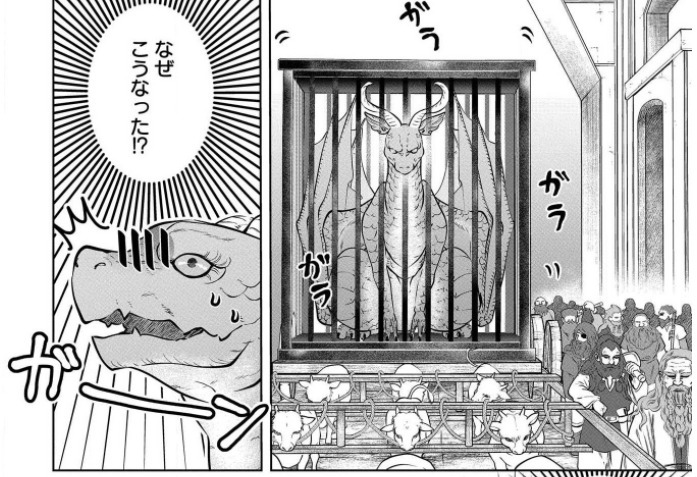 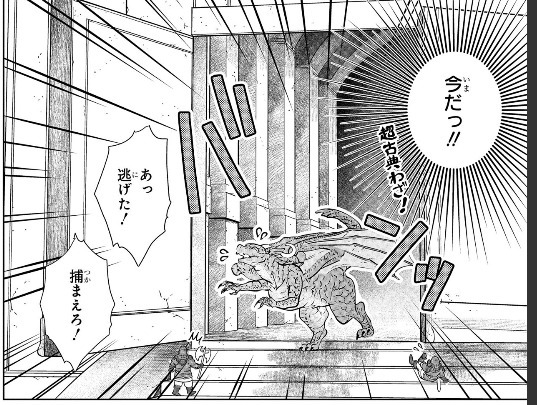 He gets caught right after that. Larry just visits the village of Dwarf tribe to search for a good home but……
He is now about to be torn down and runs away from there. He finds out that it’s a fantasy world, where dragons are one of the precious creatures (materials). Therefore, everyone wants a piece of him…… 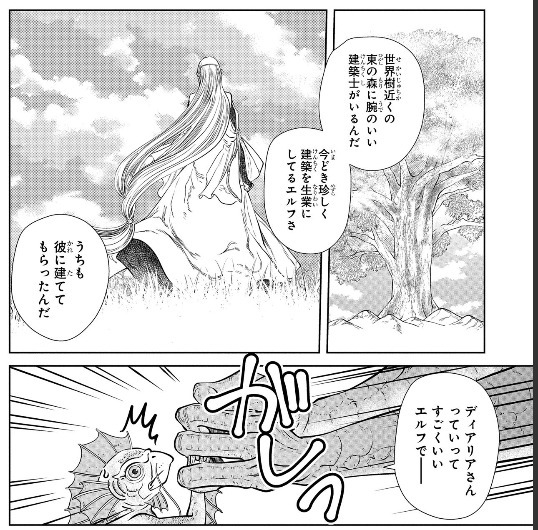 While wandering about, he hears a mysterious rumor.
In the east, there exists elf who is good at architecture. While he is heading for there to see the elf, he unfortunately gets caught by the braves! 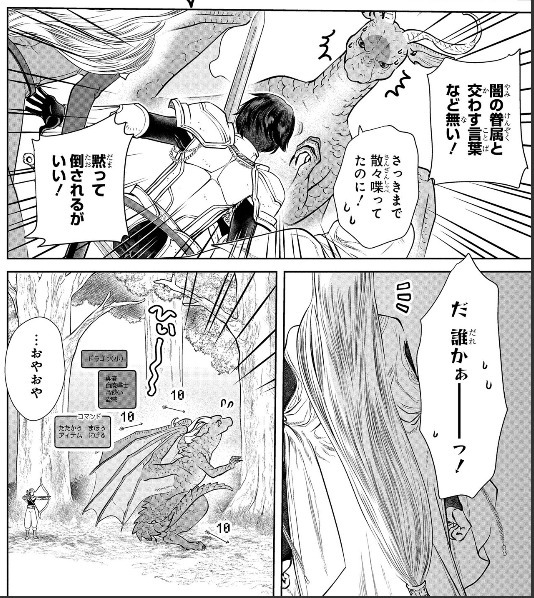 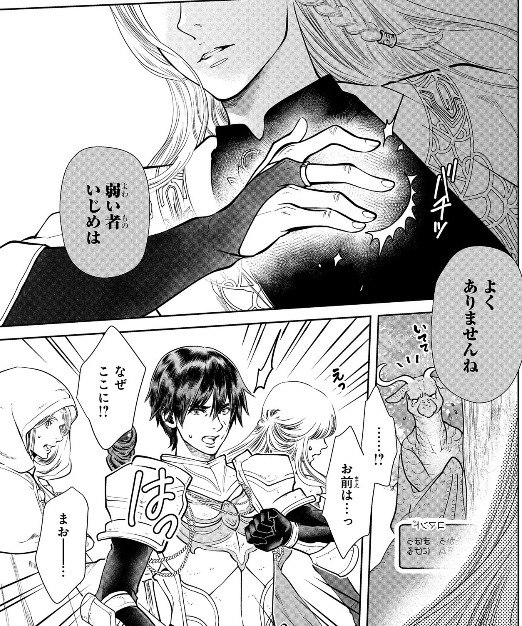 Letty keeps explaining to him that he is just a passer-by and will never attack their town or people but they would never listen to him and he is now about to be taken away, when…… 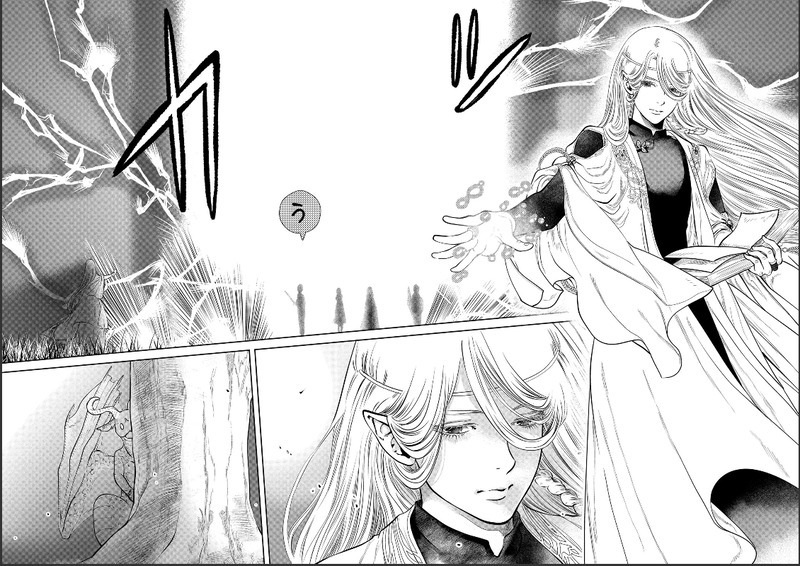 A beautiful elf, who accidentally passes there, saves him. 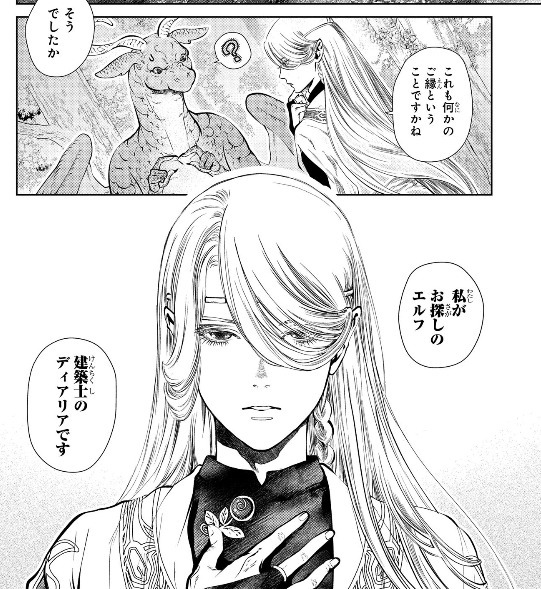 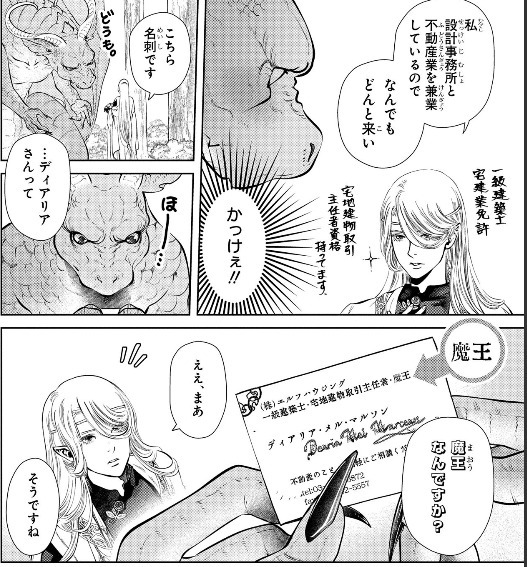 And guess what? He is the one who Letty has been looking for. The elf is the architect, named Dearia. He owns both the architect office and the real estate office and is also the Demon King of that world. He has a motto, where he can deal with any requests so when he hears that Letty is looking for a house, he willingly accepts the request to find his house. 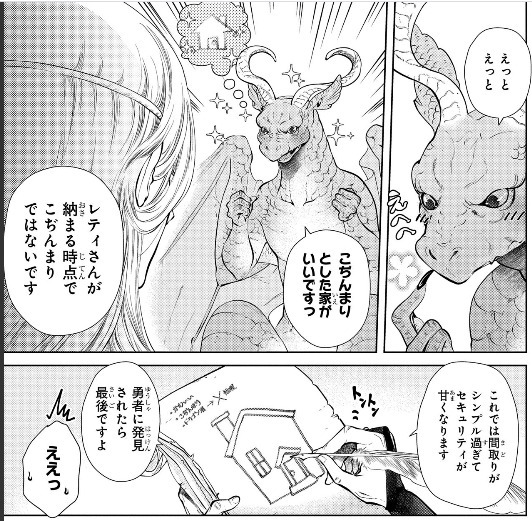 Now he hears Letty’s conditions for the house he wants to live in and they start to look for the house.
Are they able to find Letty’s dream-like home……!? 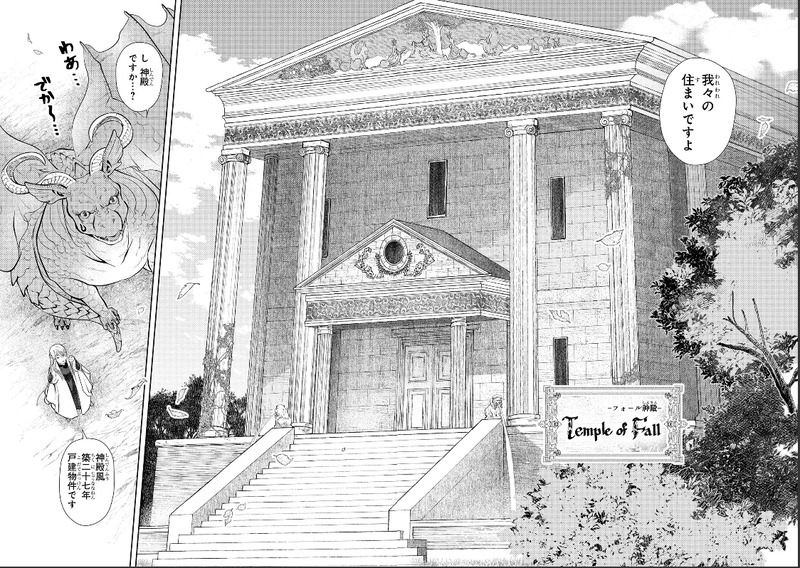 Wow~! It sounds fun! I hope he can find a good home!

In this manga series, various comments about the dungeon, buildings, caves and remains, which are shown in the game or the fantasy manga, are made from the monster’s point of view, which is so interesting! ‘The common things about the different world-type fantasy’ can often be seen as a satire too, which is a gag element, making us laugh!