Hello everybody. It’s Saori from Manga Republic! Here’s a question for you, Boss! Speaking of the series whose original is a light novel…… what image do you have?

Hello everybody. I’m Manga Republic’s Boss. Well…… to me, I have an image of the ‘reincarnating in the different world’-type light novel as the original. They’ve been so popular, for instance, Mushoku Tensei!, which is animated in spring……
【Winter 2021 Anime】Mushoku Tensei! Another Life in the Different World, Restarting at the Age of 34! 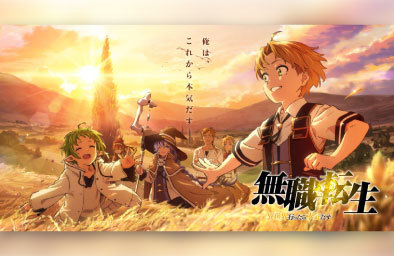 Yep! Speaking of anime or manga whose original is the light novel, we tend to have an image of the story that has a strong element of the reincarnating in the different world or fantasy but…… The series we’ll be featuring today is a light novel as the original but it’s also a bittersweet love comedy, just like a shojo manga! 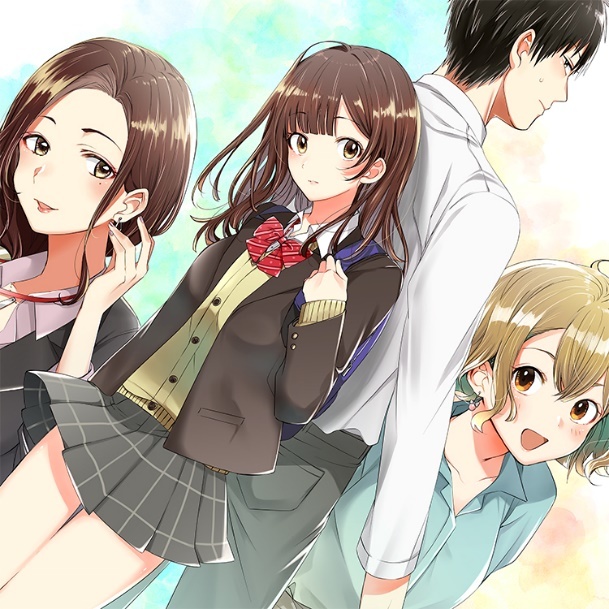 What Is Hige wo Soru. Soshite Joshikousei wo Hirou.?

It’s a Japanese light novel series, serialized online on KADOKAWA CORPORATION’s user-generated novel publishing website ‘Kakuyomu.’ It is written by Shimesaba-Sensei and the author began posting it since 2017. Then it was published in 2018. After it was comicalized, it became even more popular and as for the novel, 1.2 million copies were sold.

I have only known one user-generated novel publishing website, which is ‘Shosetsuka ni narou (Let’s Become a Novelist)’ but now I know there’s another one that’s run by KADOKAWA CORPORATION!

Yep! Maybe that’s why in Kakuyomu, something totally different genre; a love comedy novel such as ‘Hige wo Soru. Soshite Joshikousei wo Hirou.’ from the reincarnating in the different world-type novel (now going viral in ‘Shosetsuka ni narou’ might be getting popular now!

Outline of Hige wo Soru. Soshite Joshikousei wo Hirou.! 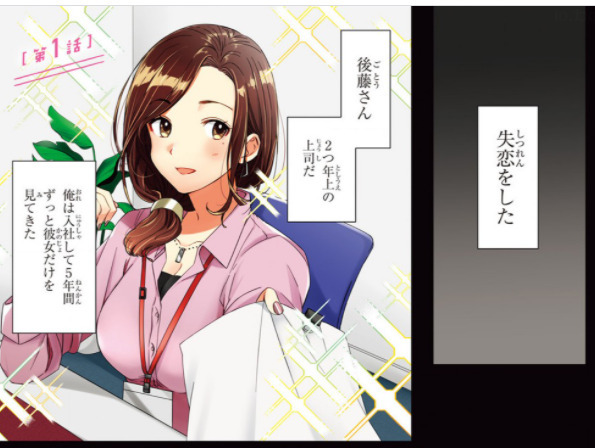 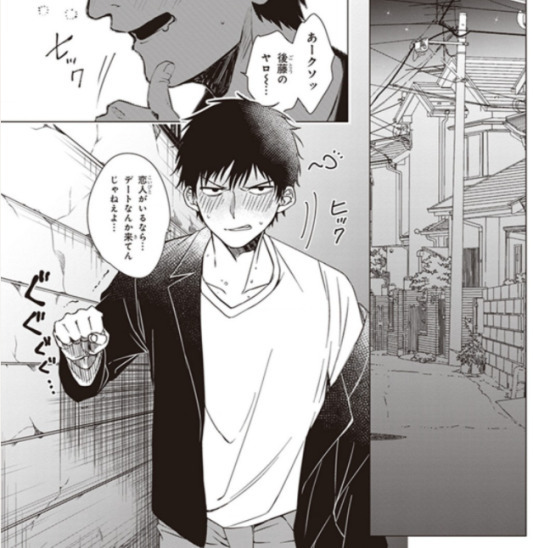 The main protagonist, Yoshida’s heart is broken.
He has been crushing on his boss, Gotou, for five years. He finally asked her for a date the other day and actually went on a date but…… she confessed on the date that ‘she was seeing someone else.’ 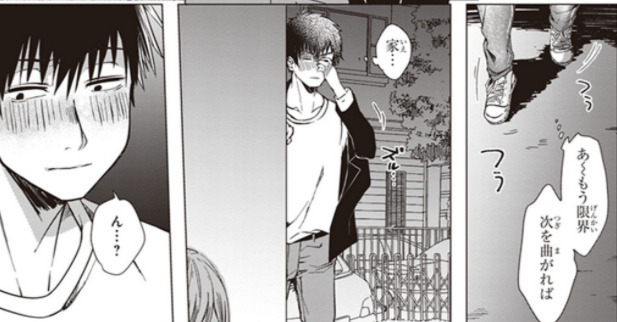 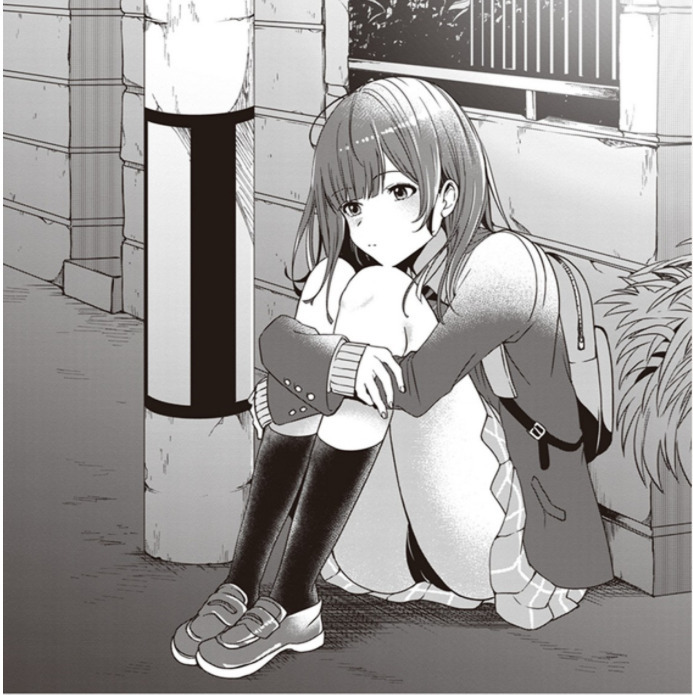 …… only to find a high school girl sitting on the side of the road. 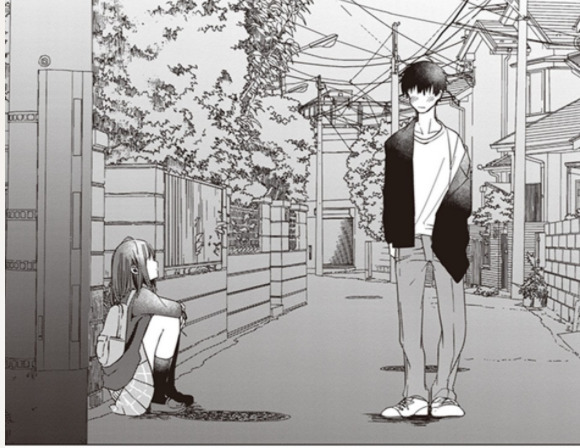 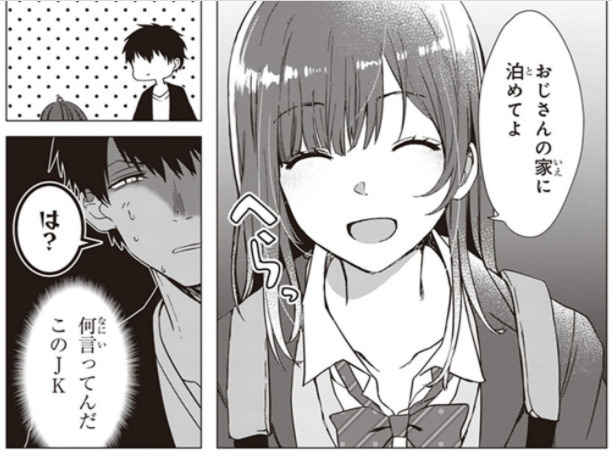 Yoshida, not being able to overlook, he tells her to go home.
However, the girl says she neither has nowhere to go nor money to stay at Karaoke or a hotel…… She ends up asking Yoshida if she can stay over in his apartment with a smile on her face. 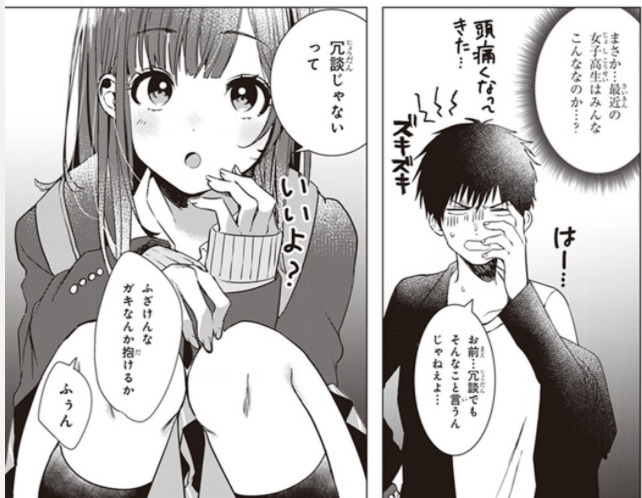 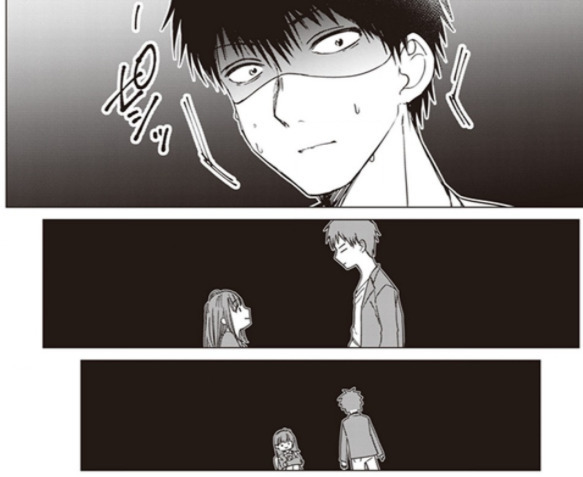 The girl goes; “If you let me stay over at your apartment, you can do anything to me.” Feeling dizzy…… he nevertheless invites her into his apartment, thinking it might be worse if he left her alone outside. 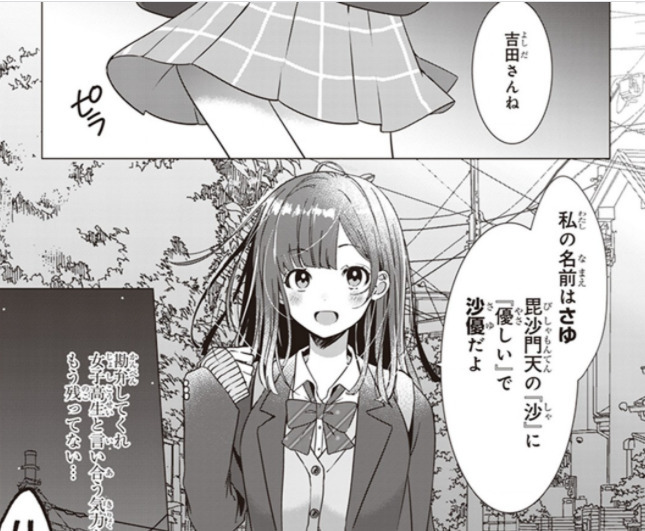 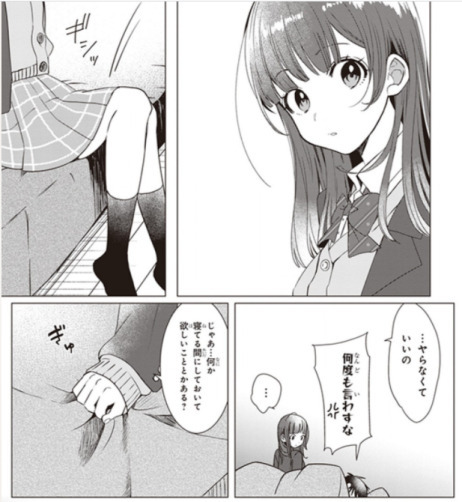 The girl says her name is Sayu.
Sayu looks confused, being told to sleep wherever she likes. Sayu still says he can do anything to her, but Yoshida keeps rejecting it. But still, Sayu says she wants to do something for him in return.
Then Yoshida says; 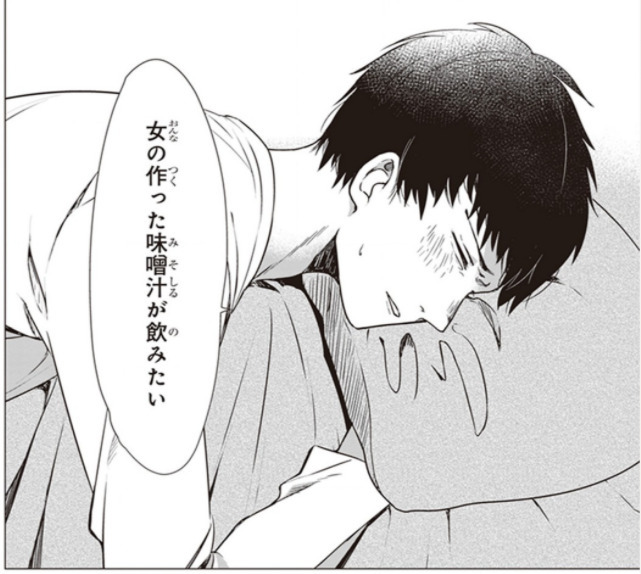 “I want to eat miso soup that a woman makes.”
His heart was broken, drunken, saved a high school girl…… it was a crazy night…… The next time he wakes up, he wants to eat delicious miso soup that someone makes……
That’s Yoshida’s slight wish. 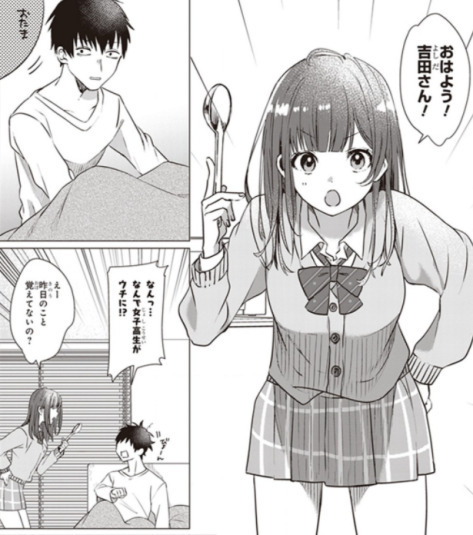 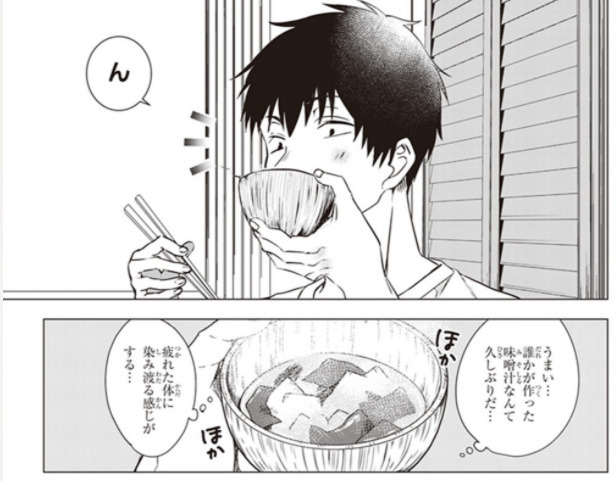 The next morning, Yoshida is so surprised to see a high school girl. Actually, Yoshida has no memory from the previous night because he was drunk.
Sayu gets mad at him not remembering what happened in the previous night. But anyhow, she made miso soup for him. Yoshida is satisfied mentally and physically with that delicious miso soup that someone made after a long time. 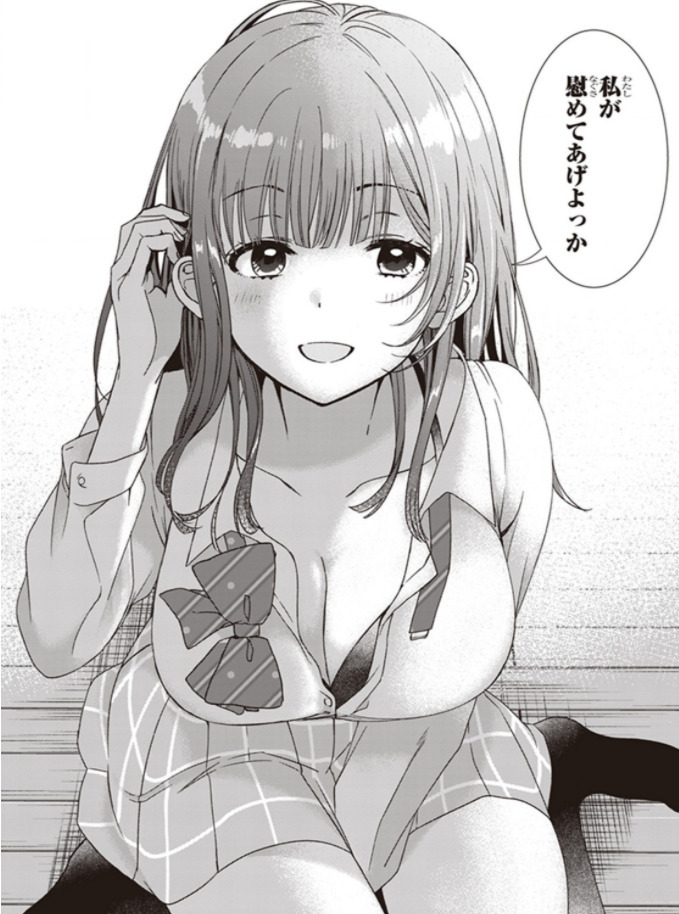 Looking at Yoshida, being satisfied, Sayu smiles.
And she says “Let me get rid of your sadness from broken heart.” 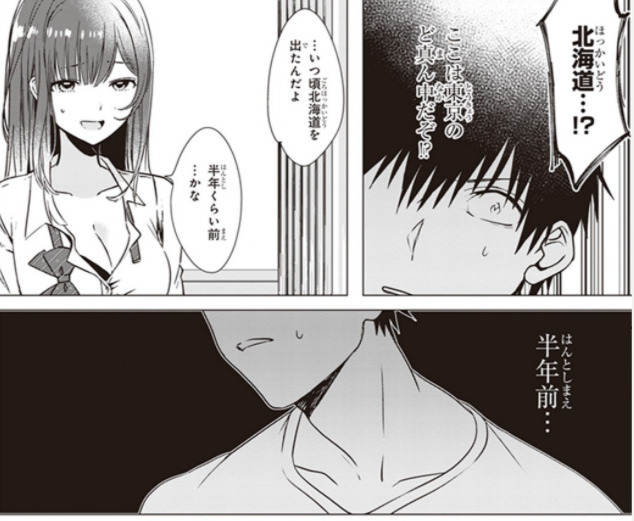 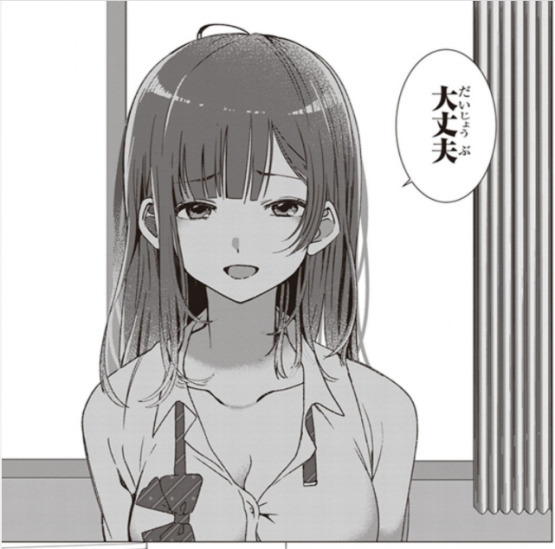 However, Yoshida again refuses it, saying that there’s no way he can have a sexual relation with a high school girl.
And he asks Sayo about herself…… She reveals that she has lived in the place which is extremely far away from there and left home for over half a year. Her parents never seem to try to look for her. Sayo never tries to go back home, either. That’s why she has to look for someone who can have her stay at their places. Then she accidentally found Yoshida. 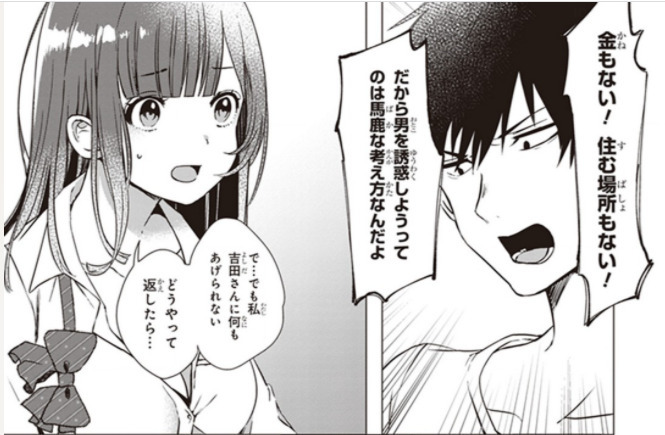 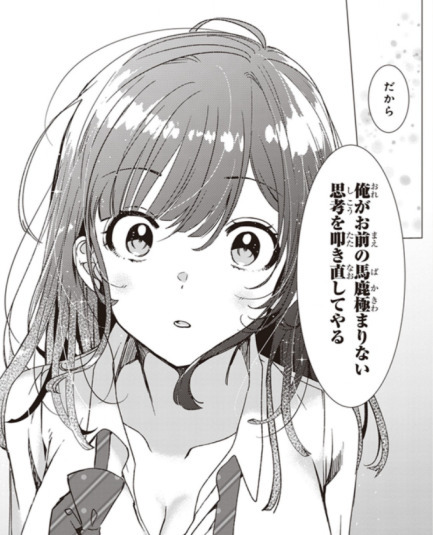 Yoshida scolds Sayo, who has such a life.
You, having no place to go, doesn’t mean that you would do anything that is asked. You have to cherish yourself more. Still, Sayo looks confused, saying that she cannot do anything in return…… 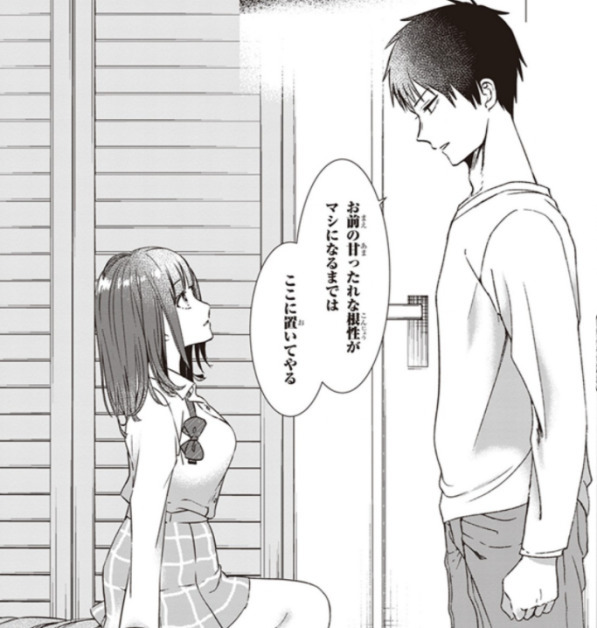 Yoshida, then, says. “Stay here.”
He says Sayo can stay at his apartment until she can think about herself more seriously and don’t have to rely on someone else. 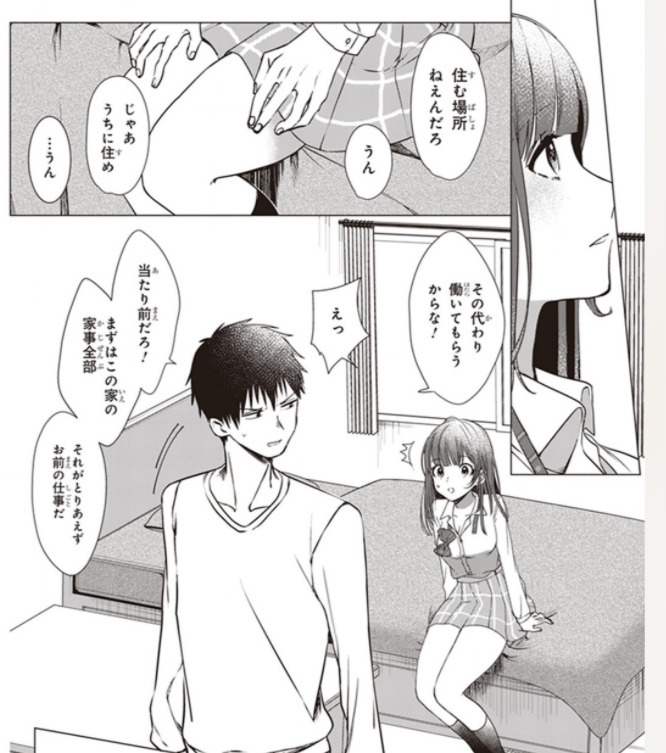 Sayo is unconsciously relieved…… to hear that.
Yoshida asks her to do all the housework if that’s what she wants to do for him in return. He also tells her not to do anything like what she did in the previous night. If she did, he would kick her off. She accepts it. 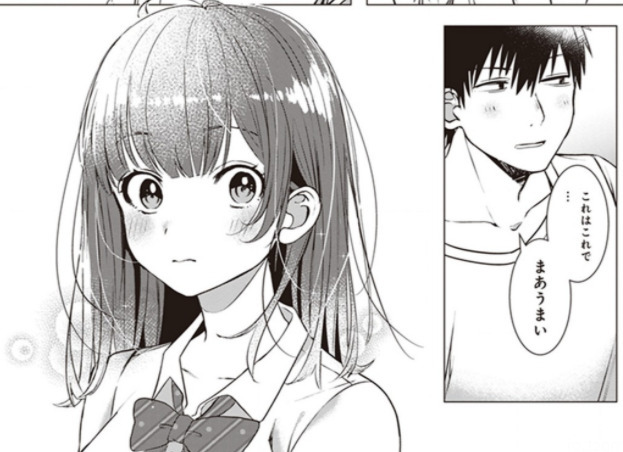 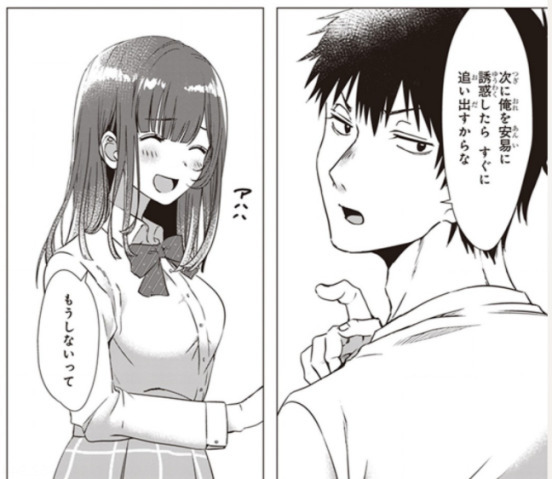 Then…… he says “The miso soup you made was delicious.”
What circumstances does Sayo have……? He doesn’t know it yet but this is how a businessman and a high school girl start a weird life together.

I was a little thrilled, thinking that it would turn into a sexy Manga……

Already! This is all for today! We’ll see you all at the next article!
Bye-bye~!
Hige wo Soru. Soshite Joshikousei wo Hirou.