So you guys! Here’s a question for you. What image do you have on “shachou (president of the company)”? ……Me? I would say it’s a little old man. I wonder why……

But recently, we see more women or young presidents too. That’s why we see various companies!
……However, the president we’ll be sharing with you today is…… A little bit too young……? 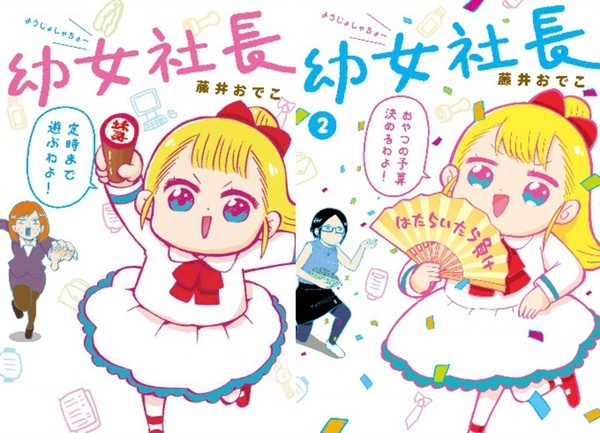 What Is Youjo Shachou?

It’s a Japanese gag manga series, written and illustrated by Fujii Odeko-Sensei.
It was serialized from January 2018 to November 2019. It concluded with two volumes. In January 2021, its anima adaptation started to premiere. The day this article is updated is exactly when Episode 2 of this series is scheduled to air.

It’s rare that a little short gag manga like this was made into an anime after a little interval of manga’s serialization, huh?

I guess this anime is revolutionary! Both its storyline and how this series has reached this anime adaptation are unconventional! That’s this series! Now, let’s take a look at the story! 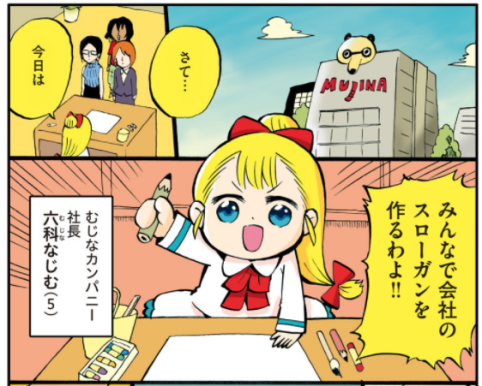 The story is set somewhere on earth.
The meeting is being held in “Mujina Company.”
“Let’s make our slogan!!”
The president of Mujina Company, Rokuka Najimu (5-year-old girl) solicits their company’s slogan to her three employees. 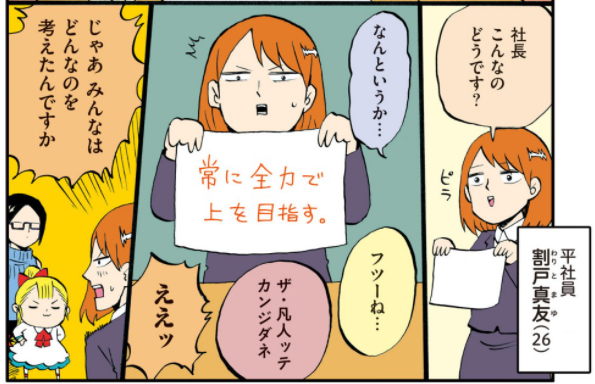 The regular employee, Mayu, suggests:
“Try to improve more always with our full strength.”
Well, it sounds typical to the company’s slogan…… I mean it’s okay for the slogan but other members gives her bad comments, saying it’s too “normal.” So Mayu asks other members…… “Then what do you guys have??” 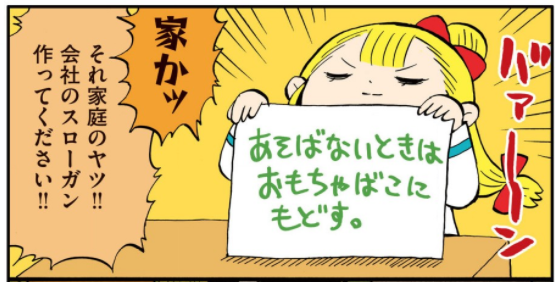 “If you are not playing with the toys, put them away.”
The slogan that the President Mujina brings up is literally the one for family at home. Other members suggest to her that she should think about the one for the company (even though they say it’s okay for her home)! 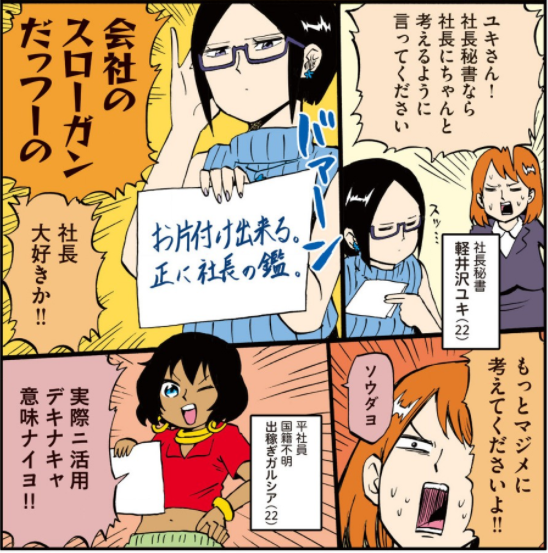 We cannot rely on our president!!!!
The regular employee, Mayu, asks a real go-getter secretary, Yuki, to suggest the one. And this is what she suggests:
“What a perfect president. She can clean up herself.”
Of course, Mayu shouts at her; “We’re talking about the slogan for our company!! That’s just a personal one!!!” Yes, Yuki, the secretary loves their cute president so much that she sometimes loses her mind.
“It’s meaningless unless we can actually use it for work!!”
Then, another regular employee (unknown nationality), Garcia, confidently suggests one slogan! 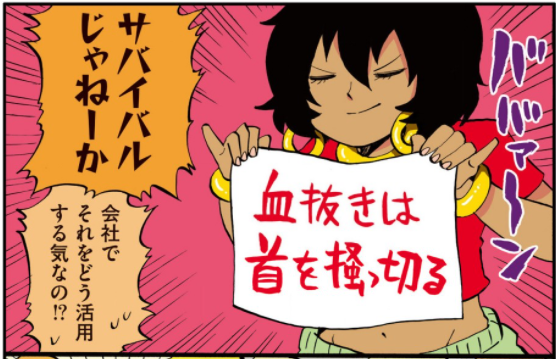 “When you let out blood, cut off the neck.”
Wow. We’re not doing a survival game here!!! How would you use it here?? 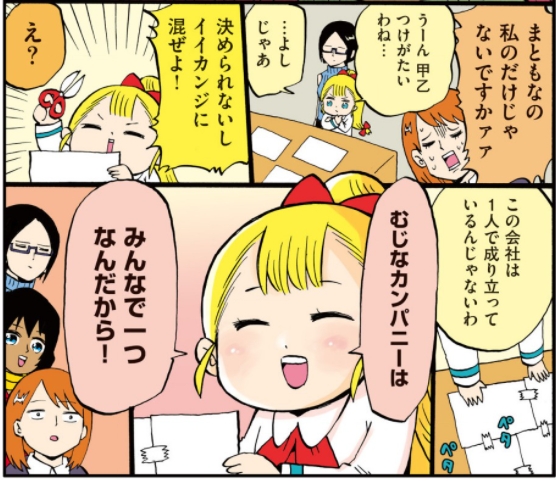 Mayu sighs…… realizing that there is not a single normal one.
Well, but each member brings up their own slogans and…… The President Mujina actually feels that everything sounds good, with individualities. But they cannot pick one. Therefore, they have decided to make four slogans one!
“Mujina Company isn’t managed by one person but everybody!”
Then here’s the complete slogan after each one is cut out and added together! 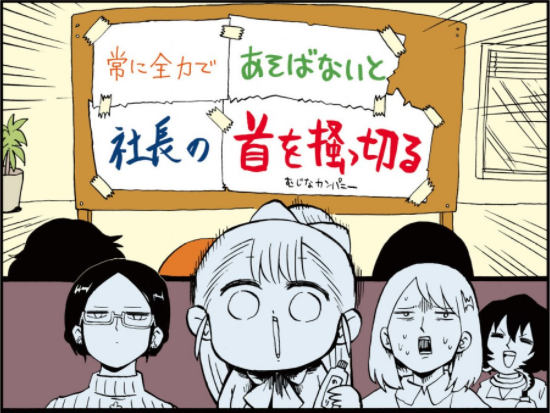 “If you don’t play”
“always with full strength,”
“president’s”
“neck will be cut off.” 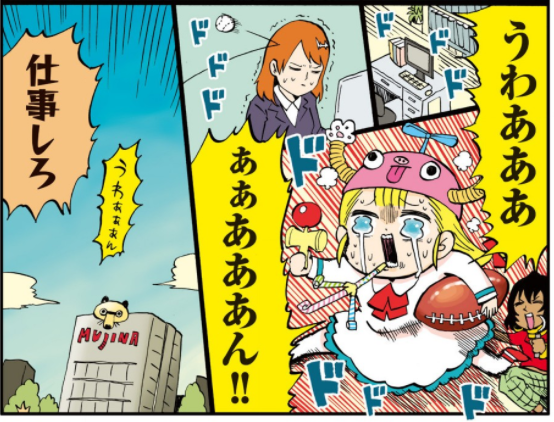 So now, the President Mujina might be cut off by her neck by Garcia if she doesn’t play with her full strength.
“Get back to work!!!!!!!!!!!!!!”
This is their peaceful life at company, being scolded by the regular employee, Mayu.

Cute! And it’s such a good company……!

It’s a super gag manga series with a really nice pace! She’s such a free-spirited girl president! It might be the best series to watch when you are taking a break while watching other Winter 2021 Anime! Also, it’s concluded with two volumes so it’s easy to read it up too!
Manga Set
Youjo Shachou
▸
Youjo Shachou
▸
Check HERE for Winter 2021 Anime!
You See the Original Manga Too!

Already now! This is all for today! We’ll see you all at the next article!
Bye-bye~!