Hello everybody. In Japan, if we add ‘Otona no (=adult’s)’ to a word, the word implies a little dirty-minded thing. I’m Manga Republic’s Boss. 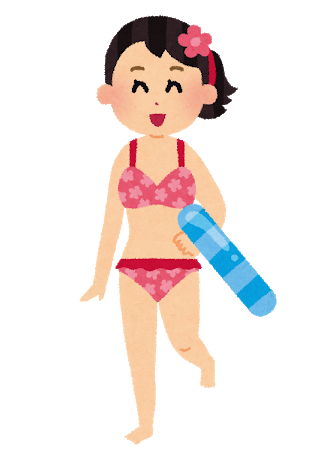 I wonder if this illustration above implies the dirty-minded thing…… I just wonder…… but anyhow! Hello everybody! It’s Saori from Manga Republic!

So for today’s article! You might feel a little dirty-minded……? We’ll be featuring THAT manga series, whose Season 2 is scheduled to air in January 2021!

What Is Otona no Bouguya-san?

It’s a web manga series by Ayamiya Fumi-Sensei, serialized via a web comic distribution site “GANMA!” since 2017. Two volumes have been released and vol. 3 will release in January 2021. Season 1 of anime aired in 2018 and Season 2 is scheduled to premiere in January 2021!

Oh? This series had Season 1 too, huh?

Yep! Well, let’s take a look at what the story is like!

Outline of Otona no Bouguya-san!

The story is set in the different world.
The main protagonist, Kautz, is looking for a job. One day, he finds a flyer in front of the store in town, saying “Staff wanted!” and goes inside of the store. 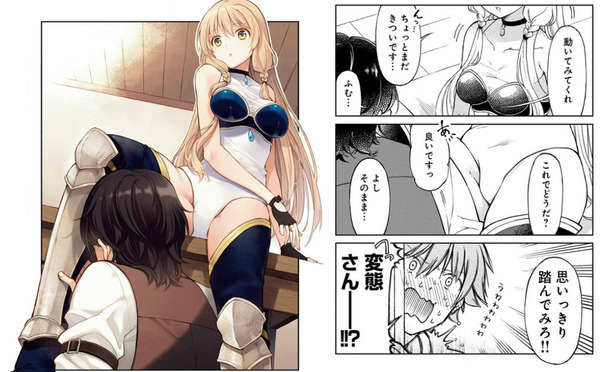 Guess what……? What he sees inside of the store is a man and a woman, wearing seedy clothes……!? 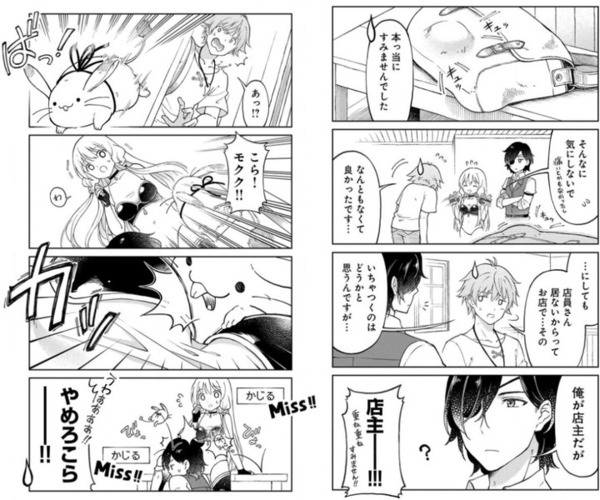 Kautz is trying to leave there, when his buddy, Mokuku bugs the armor which the woman is wearing. Then Kautz goes inside again and aplogizes to her. He ends up hearing what the job is like. 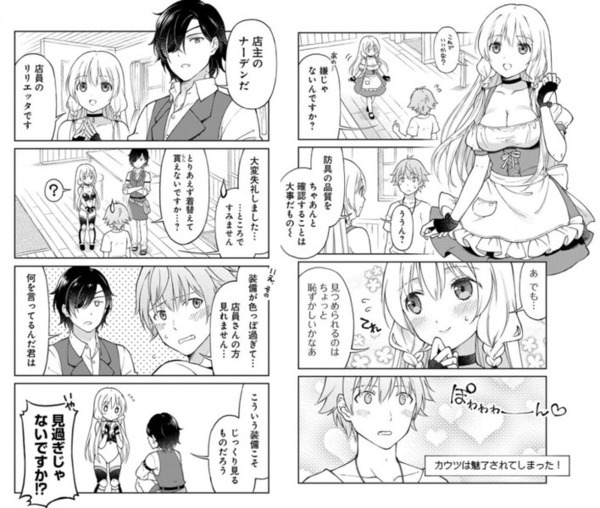 It looks like the manager is Narden and the woman is one of the staff named Lilietta. The store is a Bouguya-san (armor shop) and he finds out that Lilietta is wearing the armor to test if the product is strong enough. Kautz feels relieved by hearing that. 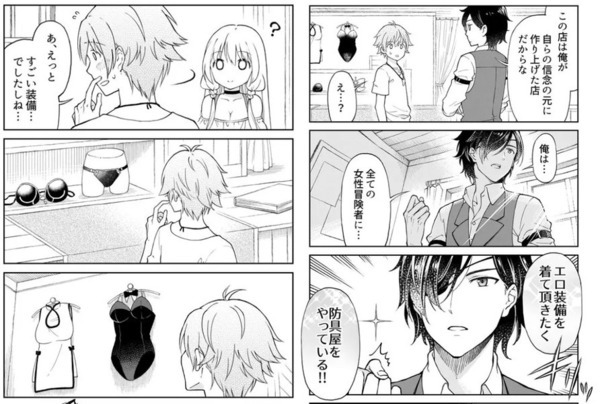 But again, to him, the store is full of seedy…… I mean, releaving armors. He also finds out that the manager, Narden, has a strong emotional attachment towards the armors and want women to explore safely from the bottom of the heart, wearing sexy equipment. That’s how he rebuilt the store. 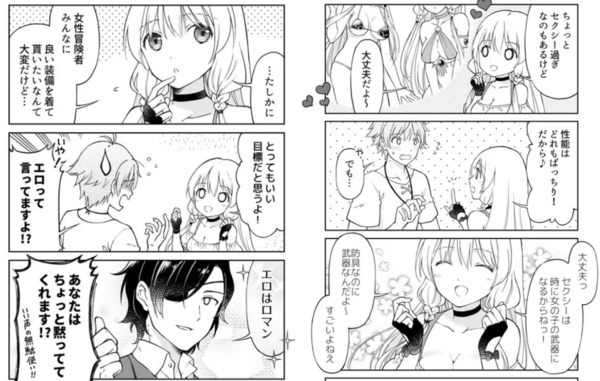 To Lilietta as a woman, to sell the armors so women can explore safely, is meaningful, and she wants to support the store too. She smiles and says nothing but compliment such as women’s sexiness can be a weapon and it’s wonderful for us to wear even armors. 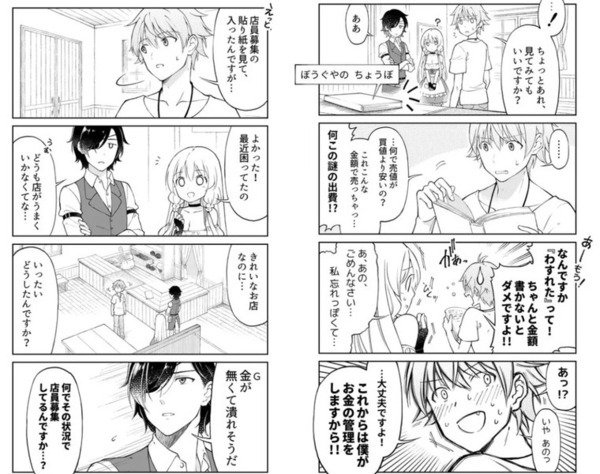 The store is clean and carries a good amount of the armors (even though they are a little sexy) but it looks like the store’s finance is getting worse…… Kautz has no idea why he’s hiring in such a situation but he asks him to see the account book.
What he sees is that the prices are set cheaper than the original price or the prices are set freely because he forgot the original prices…… It looks like he opened the store just by passion “getting all the sexy armors ready for the female customers,” which is making the management incredibly terrible. 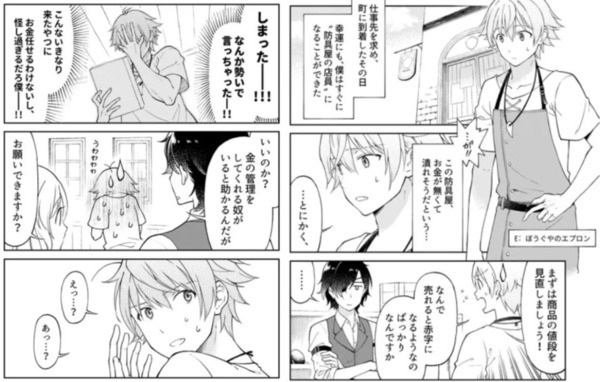 This is how Kautz ends up getting hired in the store, where there are a manager who is passionate about sexiness, and a pretty woman, who is cute but a little bit off, working! Is Kautz able to help them make the store better, managing? It’s about management of an adult armor shop……!

It sure is a dirty-minded stuff but it’s rather laid-back atmosphere, actually.!! It sounds interesting!

This series is fun also as the four-panel manga! That’s why it was made into anime to Season 2! It’s easy to read, making us want to read more and more……! That’s the best part about this series!

Before watching Season 2 in anime, why don’t we check out the story of Season 1 and the two volumes of comics?
Otona no Bouguya-san
▸

All right! This is all for today! Bye-bye~!!
Otona no Bouguya-san