Hello everybody! It’s Saori from Manga Republic!
If I was reincarnated in the different world…… Then…… I would want to use magic! But I like my life here a lot too!

Hello everybody. I’m Manga Republic’s Boss.
I haven’t wished for reincarnation that much but…… Yeah~ I would also want to use magic or fly in the sky! We’re human. We all wish to fly in the sky, right? 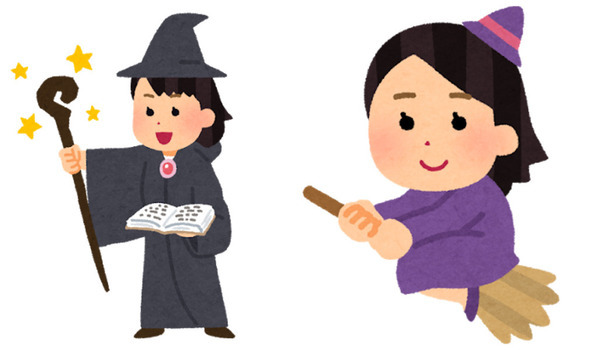 Yep! So! Speaking of ‘Reincarnating in the different world,’ it’s quite a classic setting that many people would imagine.
But I think the initial idea of this ‘reincarnating in the different world’ might originally have come from this series……? Yes, it’s the advanced series that led this setting to the light novel’s startup phase!
This series will be adapted into anime and start to air in January 2021! Now is the best time to start checking it out! Here we go!

【Winter 2021 Anime】I Will Mean It If I Was Reborn!
Another Life in the Different World, Restarting at the Age of 34! A Special Number for Mushoku Tensei! 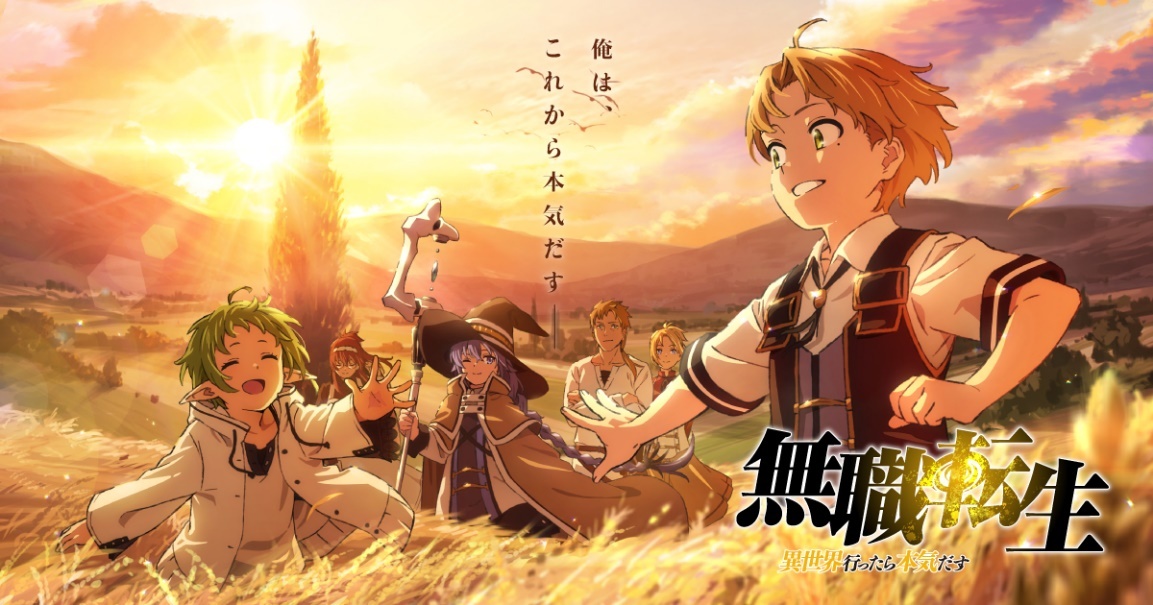 What Is Mushoku Tensei?

It’s a Japanese light novel series by Rifujin na Magonote-Sensei. Originally published on the internet web novel website “Shōsetsuka ni Narō” / lit. “Let's Become a Novelist” since 2012 and its novels were published from KADOKAWA in 2014.
Also, its comics were published in 2014. Both the original novels and the comics have currently been serialized. As of 2019, the original light novel sold over 4,000,000 copies. 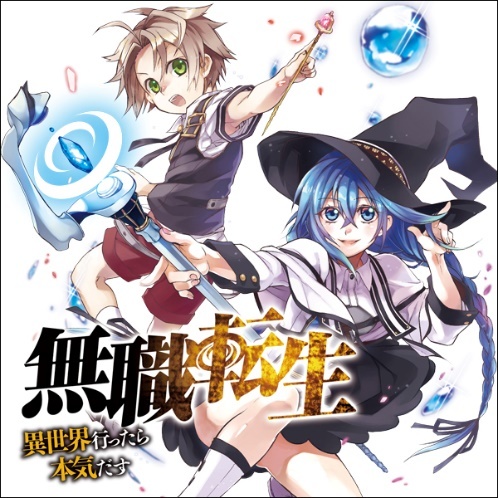 Recently, the “reincarnating in the different world” element doesn’t even sound rare but back in 2012, it was rare…… I mean it wasn’t featured yet so Mushoku Tensei was actually quite an advanced series, huh? It’s not too much to say that this series started this boom!

Yeah~! But what will it be like if the series released in 2012 is adapted into anime……? Let’s go check out the story! 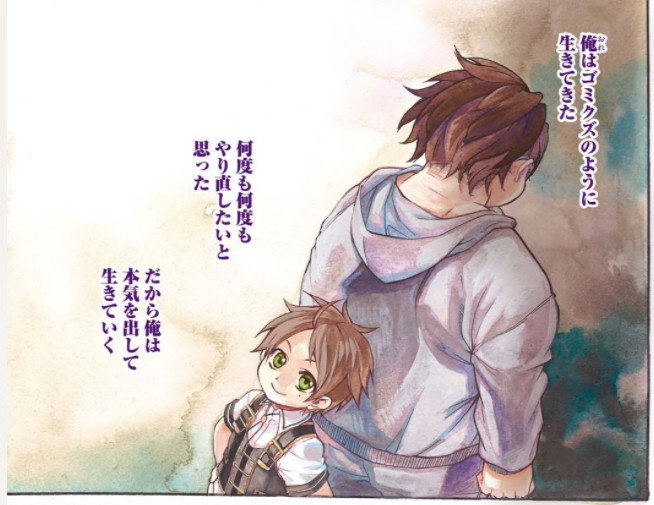 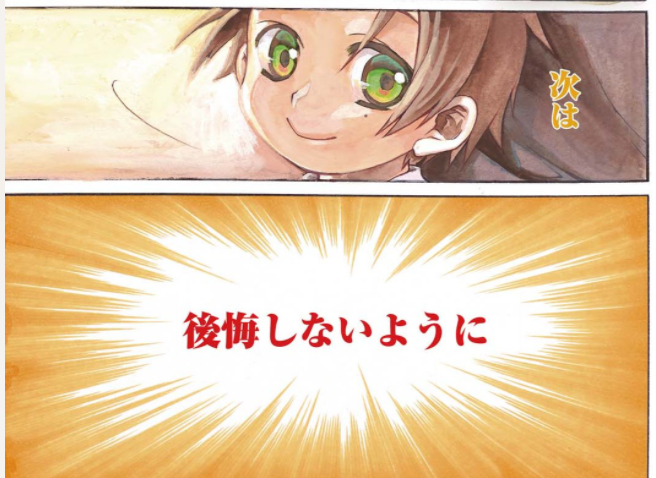 I’ve lived like I’m a trash.
I have wanted to get a second chance in life so many times…… So I mean it.
I don’t want to regret. 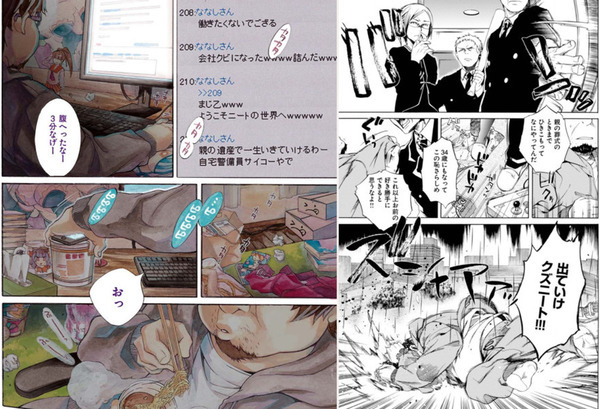 The story is set in the modern world.
A 34-year-old Japanese NEET man is shutting himself in at home even during his parents’ funeral. Then his brother breaks into his room with a letter breaking off from his family and kicks him out of his house. 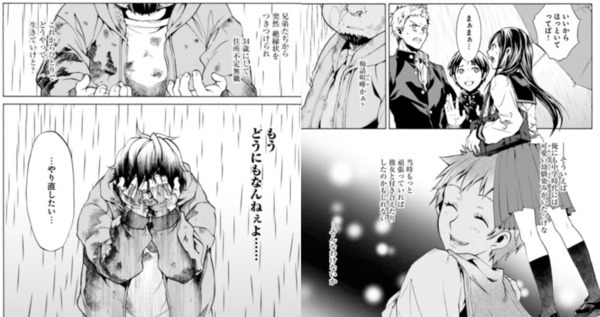 The 34-year-old man has wanted to change his life, ending up not being able to do so. Growing up, he used to have a cute childhood girl’s friend whom he hang out with but he doesn’t even know where and what she’s doing now…… While thinking about such things, he sees a group of teenagers arguing on the street. 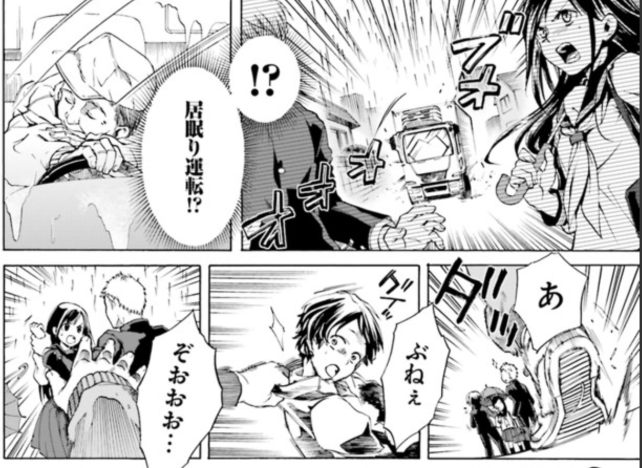 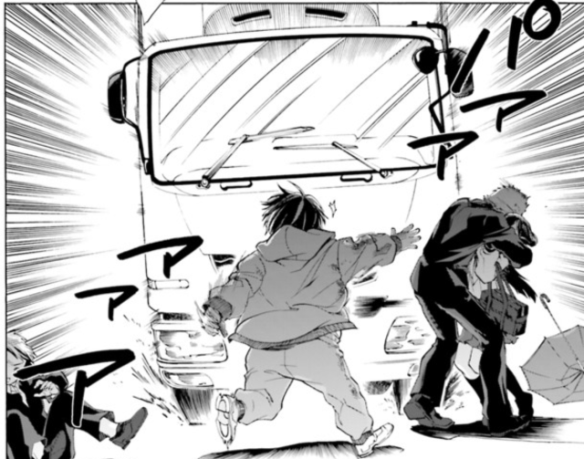 The next moment, he intercepts a speeding truck, whose driver is sleeping, heading towards the boys……!
The man pulls them out of the way and…… 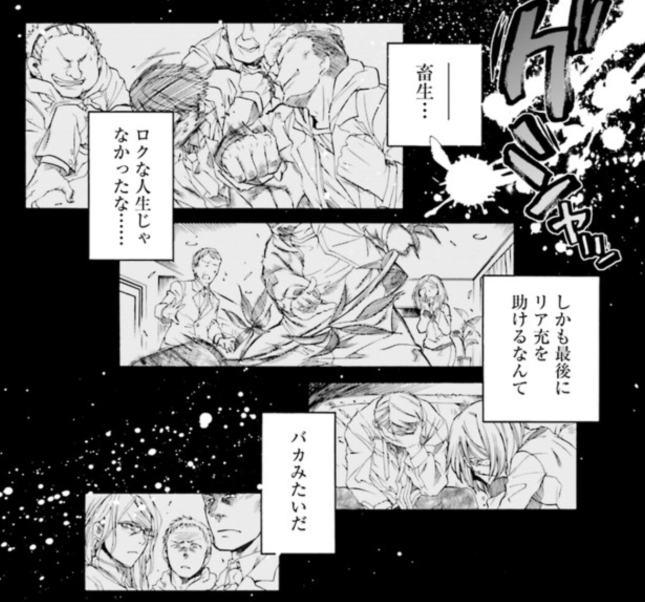 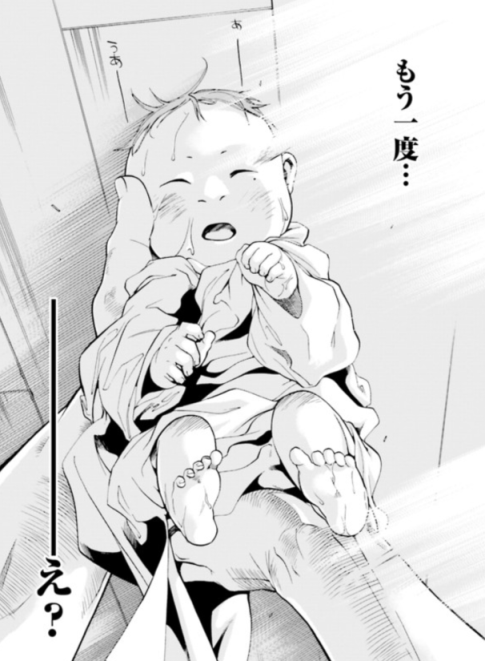 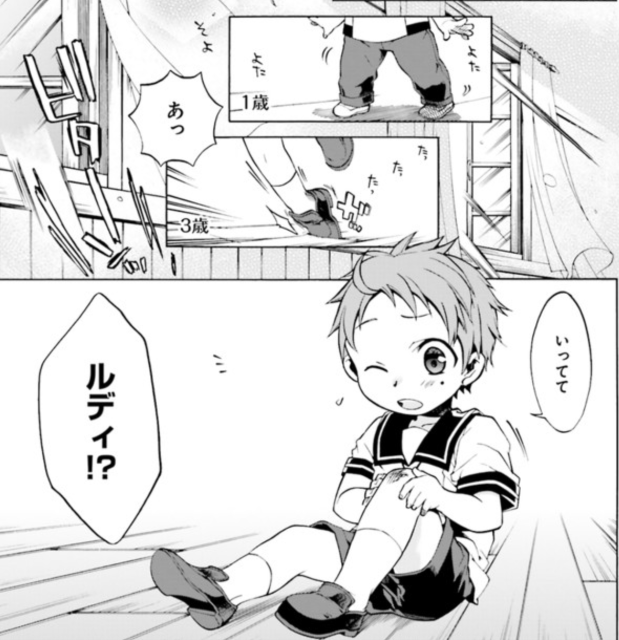 Awakening in a baby’s body, he realizes he “has been reincarnated” in a world as a baby boy named Rudeus. 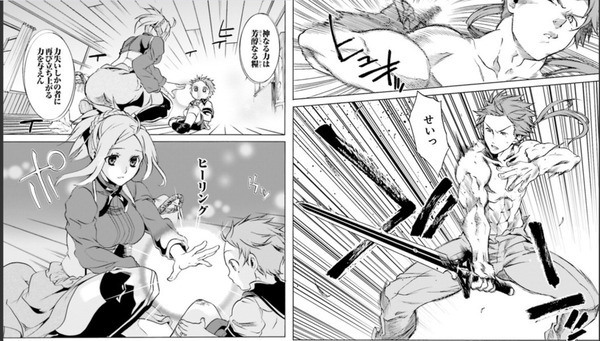 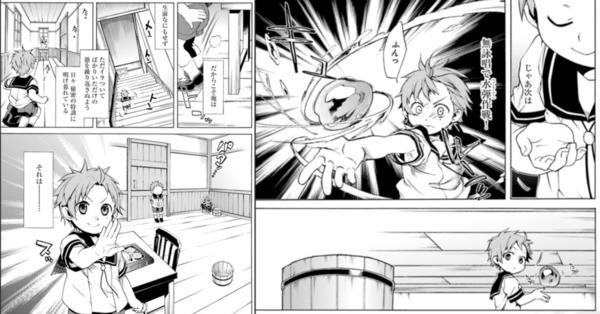 However, it’s so hard for him to control magic.
In the previous life, he would easily get angry and upset if the things didn’t go well but…… due to such bad experiences, he now keeps trying hard training magic, never giving up.

……when the intermediate magic activates and he finally manages controlling it.
However, it’s still hard, compared with the beginning level magic. He even experiences running out of his energy and feels shocked about it. Since he uses magic that allows the wall of his house blow off, his parents run and come to him and……

His parents are so pleased, saying “This boy is genius!!”
Especially, his mother knows that it’s so advanced that he is able to use the Intermediate magic in his age and even thinks of hiring a professional magician to have him learn more. However, his father has made a promise with Rudeus that he will be a sorcerer. Now they start to argue.

Meanwhile, the housekeeper suggests that “he should practice magic in the morning, then practice sorcery in the afternoon.” His parents agree with it. Rudeus accepts their request, thinking it’s good to have many experiences while young, even though they never asked him what he would want to do.

The next day, the magician visits him to train him magic.
Her name is Roxy. She looks immature, unfriendly and tired. In her mind, she thinks it’s only his parents that are excited, bragging about their son being genius, looking down on them because he is too young. 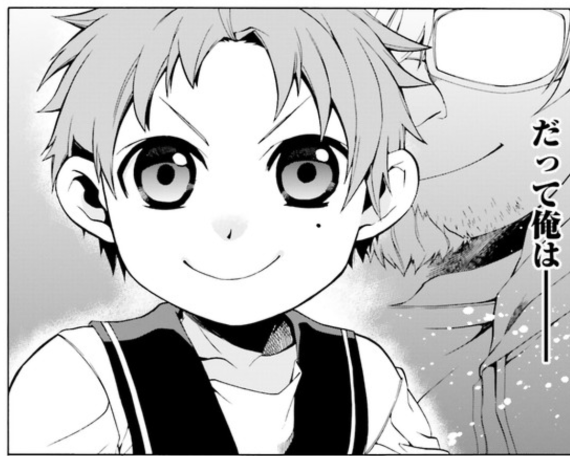 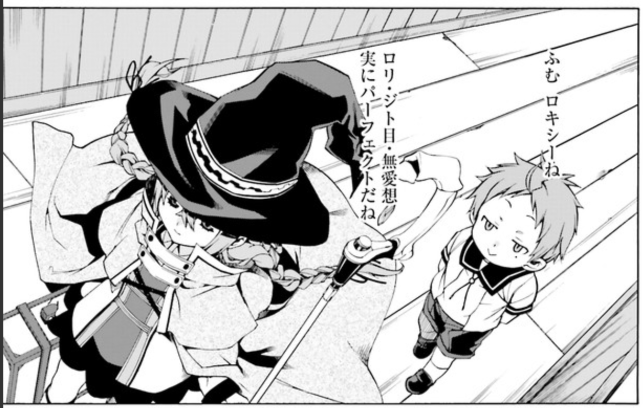 …… He doesn’t disagree with that idea but it’s not just that. Rudeus actually feels so enthusiastic in his mind. Because…… He has decided something for a long time, well, even when he was born!
Yes, he has decided;
“I will mean it if I could reincarnate!”

Yeah~ I understand, this story definitely has the ‘reincarnating in the different world’ element.

Already! This is all for today! We’ll see you all at the next article!
Bye-bye~!
Mushoku Tensei