Hello everybody. Do I have any secrets that I keep from people…… There’s no such thing!! It’s Saori from Manga Republic!!!

Hello everybody. Do I have any secrets that I keep from people…… Well, I’m actually great on cooking. I’m Manga Republic’s Boss. 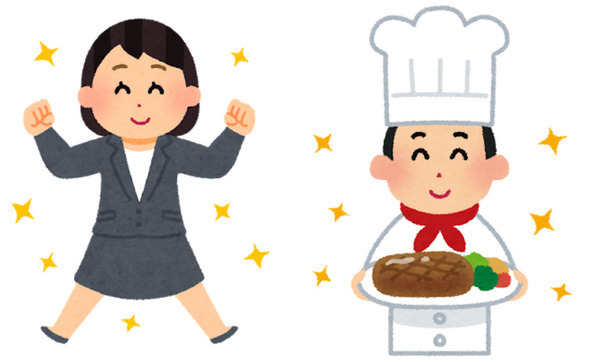 You don’t have any secret that you keep from other people?

Well…… Nothing hits me because I don’t have any hobbies or pastime which I want to hide from others……
But what if we would share ‘something you hide from others’ with someone else……?
The manga series we’ll be featuring today is the one, starting to air in January 2021! One of the most popular youth × school drama!!! 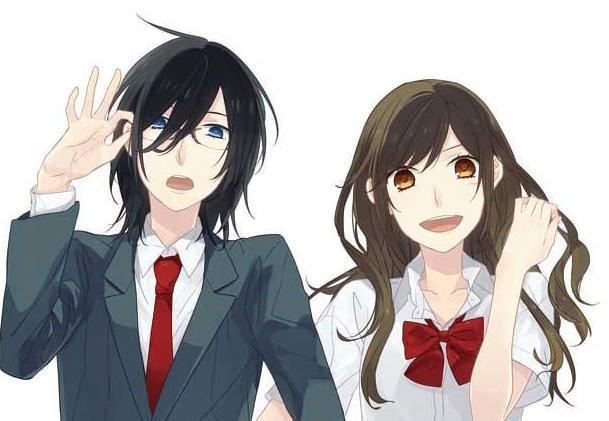 It’s a Japanese shōnen web manga series written and illustrated by HERO-Sensei.
It was released on February 2007 on HERO-Sensei’s website. While the main story concluded, the “side-story” chapters are currently irregularly being serialized.
The original manga was adapted into an original video animation series between 2012 and 2018. It’s been featured in various media development, and an anime television series adaptation is officially set to premiere in January 2021. As for comics, the manga series, created by HERO-Sensei, already finished being serialized with 10 volumes along with 14 volumes of the side story. Currently, the new version, Horimiya, based on this original version, has been serialized!

Let me clarify here. There are two versions: the one created by HERO-Sensei and the other one is a new version based on the original. The one which will be adapted into anime in 2021 is the latter one (Horimiya), right?
The author’s handwriting!
Check HERE for Hori-san to Miyamura-kun!
▸
2021! Anime Is Coming Up!
Check HERE for Horimiya!
▸

Right! They’re basically the same so I’ll share a quick outline here with you!! 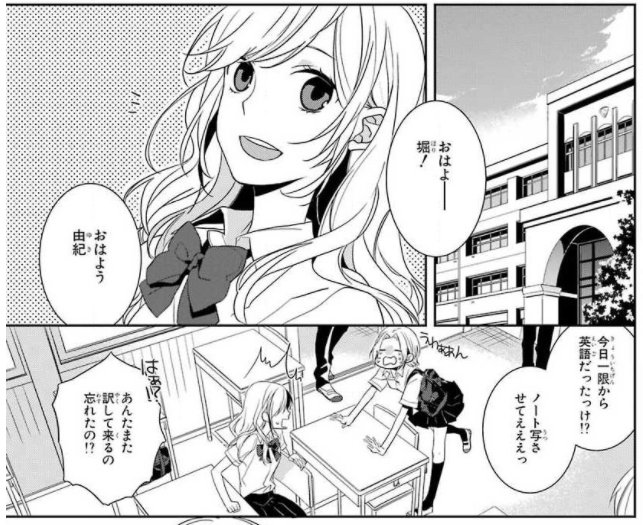 Hori Kyoko is a third-year high school student.
She is pretty, caring and so popular that she is often asked for a date not only from boys at her school but also from the ones of other schools. 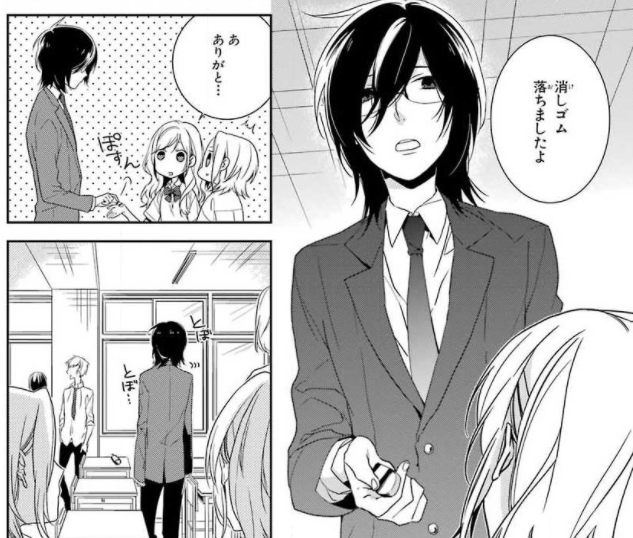 And another main protagonist, Miyamura Izumi, is also a third-year high school student and Hori is his classmate. Unlike Hori, Miyamura is the gloomy and apparently nerdy glasses-wearing boy, who never tries to talk to people. So all of his classmates, including Hori, have the image of being quiet about Miyamura.
We all should have a secret that we want to keep from others. There is no way we can see someone’s “true color” unless you positively try to get to know that person. 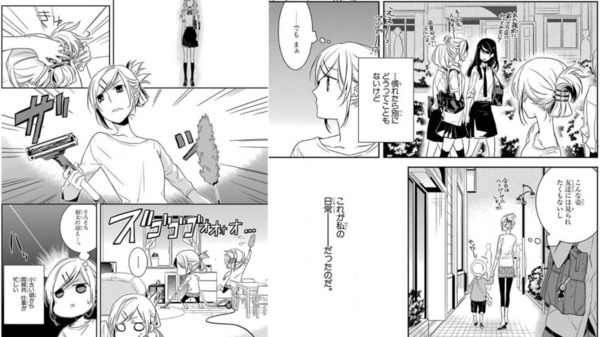 Hori’s true color…… She is actually such a homebody who dresses down and takes care of the household and younger brother since their parents are almost out for work.
While feeling jealous about other teenage girls enjoying hanging out…… she goes to the nursery school to pick out her brother as usual.

One day, her brother comes home with a nosebleed.
Surprised, Hori finds out that he fell down badly and didn’t get involved with any accident. Her brother was helped by a delinquent boy, looking so flashy but being so kind. The guy brought him back home. The guy tells Hori that he will go home because her brother seems okay. But then, her brother says “I want to do something for you in return so come inside, please!” 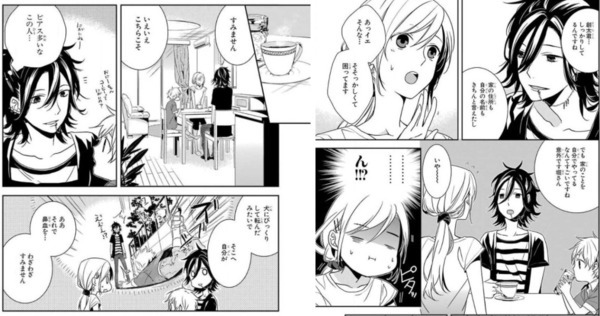 While three of them are talking inside, Hori finds out that her brother fell down so badly because he was scared of the dog and tried to run from it. Her brother is so attached to the guy, who really cares about him. The guy says to Hori, “Your brother is such a good boy. He didn’t even cry and was able to say his address too.” After praising him like that, he goes……
“You do all the housework yourself, huh? This is something I didn’t expect, Hori-San.” It’s as if he knew her. 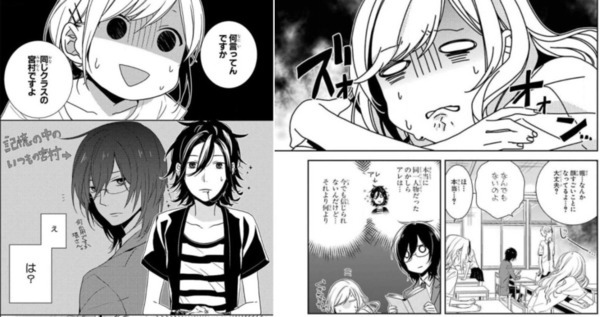 Then he introduces him to her. Guess what? He is THAT “Miyamura,” who is quiet and never stands out at school……!
While she appreciates his kindness to her brother, she is actually quite shocked that he sees her face without a makeup because she always wears it perfectly when she’s with her friends or classmates.

Hori again thanks Miyamura. And she also asks him to come by again because her brother wants to see you more. Miyamura smiles, looking so happy to be invited again. Then he willingly accepts it even though he is actually worried that she might avoid him because they have never talked to each other.

Then Hori gets to know Miyamura more and more as they see each other, such as his parents own a cake shop or he isn’t that good at studying…… Hori realizes that she now has a different image about Miyamura than the first impression…… 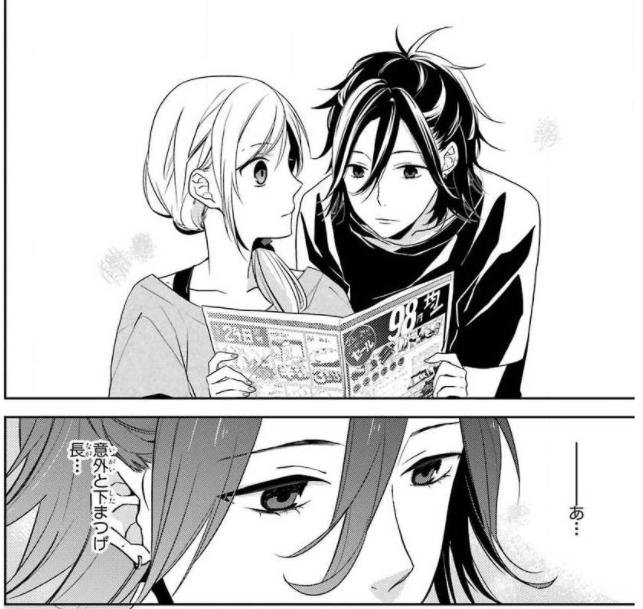 And she even starts to feel happy that she gets to know more about him.

Hori and Miyamura start to spend more and more time together, showing the parts that they never show to anybody. And gradually, they start to notice that they have a sense of superiority in knowing something that nobody knows.

I don’t dislike you at school.
But I like you, with a secret you keep from other people, more, because you’re more cute.
This is how Hori-san and Miyamura-kun (Horimiya) get closer to each other. It’s a story about their bittersweet everyday life.

Isn’t this a love comedy?

I can’t say ‘no’……
The story focuses on Hori and Miyamura’s relationship but as their relationship starts to change, people around them start to change as well…… It has a human drama-like element too! So I should say this is a love story but I want you to enjoy this bittersweet youth school drama side too!
Original
Hori-san to Miyamura-kun
▸
New Version
Horimiya
The Anime, Airing in 2021!
▸

All right! This is all for today! We’ll see you all at the next article! Bye-bye~!
Horimiya