The latest Episode 7 started off from where they left off in Episode 6! It mainly focused on Gojo Satoru, who calls himself the most powerful sorcerer!!!!! 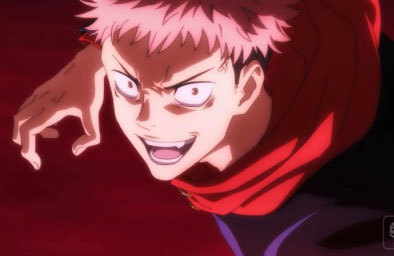 All right then…… What was the best part about Episode 7??
The most powerful sorcerer, Gojo Satoru’s real ability!
The best battle scene!!!
A NEW Chara comes out from the curse spirit side!
Who on earth is Mahito……!?

The first half was super…… super awesome…………!!! We finally found out why Gojo is that powerful, while he even calls himself the most powerful sorcerer!

The best part about this battle scene by Gojo and Jougo is known to be the sense of speed in the original comic. Therefore, I knew that “it would look perfectly gorgeous in anime too!”
Aaand I was right!! This is it!!! It did look perfect in anime, as I had expected!!!!!!!!!!

All the images of the flames and the smokes when Jougo was attacking him were just as awesome as the last episode. I even wonder, “How many pieces of the illustration are necessary to make the one-second scene?” They were all perfect images and it should be tons of pieces of illustrations to complete this scene…… I even felt how enthusiastic all the stuff involved with Anime Jujustu Kaisen Episode 7 were……

His killer technique, Domain Expansion, was depicted as beautifully as Fukuma Mizushi by Sukuna in Episode 5…… The shadow made by the flame and the various colorings were so impressive too!

I got so excited about Gojo’s Domain or how his curse techniques were depicted too. Especially I liked one of the Gojo’s Cursed Techniques, ‘Mukagen (Limitless) Jujutsu,’ which allows him to manipulate ‘Infinity,’ preventing someone from reaching to him no matter how close they get. It was as if there was an invisible wall in front of Gojo! I really loved that description!!

I already feel satisfied here but it will still go on!! Episode 7…… That’s too luxurious……!

Jogo, saved by his buddy, Hanami, is able to get out of trouble and goes back home, where, someone says to him ‘Glad to see you’re safe.’ Who is that……?

It’s a mysterious boy with some seem lines on his face and body. Is he a Curse Spirit, like Jougo or Hanami? Or a human, like Geto……?
His lines, ‘Like curses should. Like humans should’ sounded so profound, huh……

You gotta check on Mahito because he will be the key person not only in the anime series, which continues to air until March but also in the original! Check on how his curse-like and human-like work goes!!

Aaand! In Manga Republic, we offer some comics with a great deal, commemorating Anime ‘Jujutsu Kaisen’’s broadcasting!
The Domain Expansion’s scene by Jougo and Gojo is one of the most impressive scenes in Jujutsu Kaisen, so we want you to read it through comics too!!! You see that scene in vol. 2. Not just that scene but there are more cool scenes by Gojo too!
Why don’t you try reading all the volumes??
Manga Set
Jujutsu Kaisen

You’ll see tons of Mahito’s scenes in comics too! Check out their scenes before you watch anime!!

Already! I’ll see you all at the next article! Bye~~~~~!
Jujutsu Kaisen