Hello, everybody! I always like a kind boss! It’s Saori from Manga Republic!

Hello everybody. I always like a subordinate who is cheerful and understands me. I’m Manga Republic’s Boss. 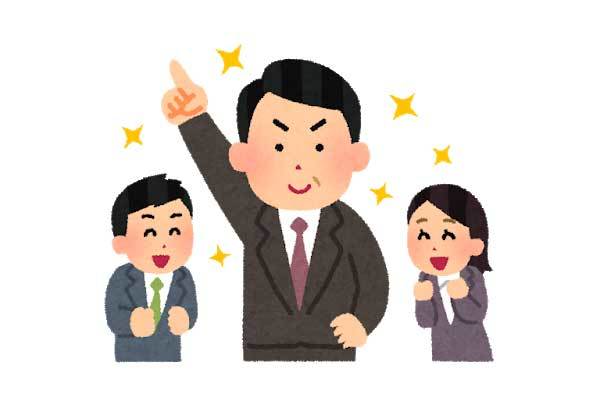 I bet you feel the same way to your subordinate or boss at work!

Of course. We always need a smooth communication and understanding with each other when we work together.

So today! We’ll feature a now-hot love comedy about a pair of ‘Boss and Subordinate!’ Each episode stands alone too!! So you guys, what kind of person is your ‘ideal boss’……?

【Love Comedy】I Want This Kind of Senpai at My Workplace!
Strict but Cute! Bukiyouna Senpai.! 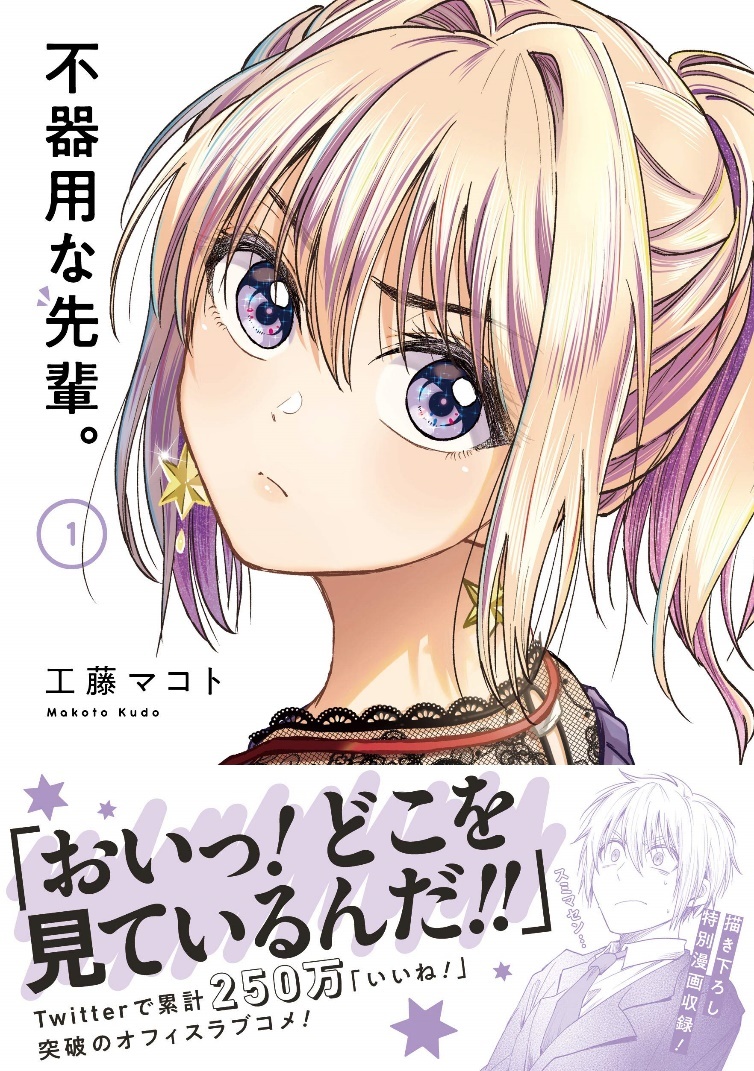 What Is Bukiyou na Senpai.?

It’s a Japanese manga series, currently serialized in YOUNG GANGAN, by the manga artist, Kudou Makoto. It started to be serialized since 2019 and his work is also serialized and updated in his Twitter. It’s been going viral on social media and it even got awarded 5th place in the comics section at Tsugi ni Kuru Manga Awards 2020, where the manga series, which will potentially be popular in 2020, are awarded. At the end of this month, vol. 2 is scheduled to be released too.
【Tsugi ni Kuru Manga Awards 2020】Here Are the Results! 10 Manga To Read NOW! 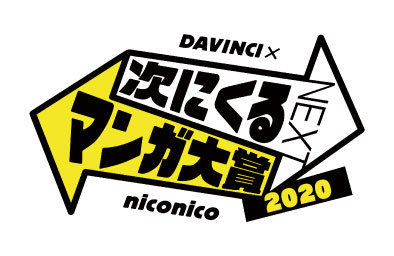 All right! It’s good to know that each episode stands alone too. What kind of Senpai is she? 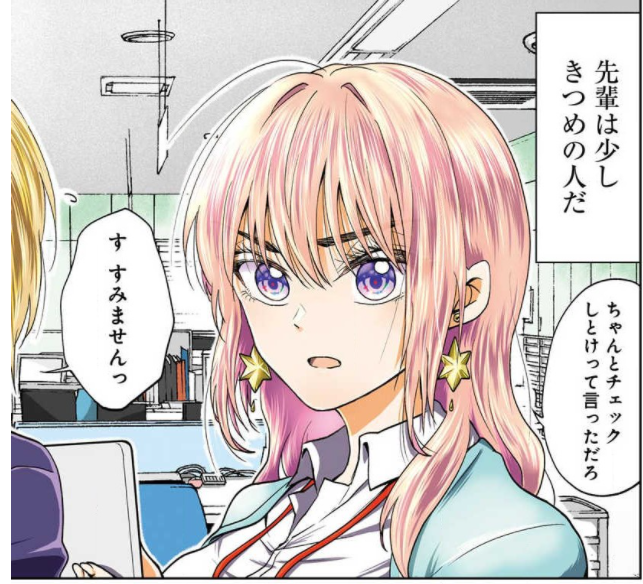 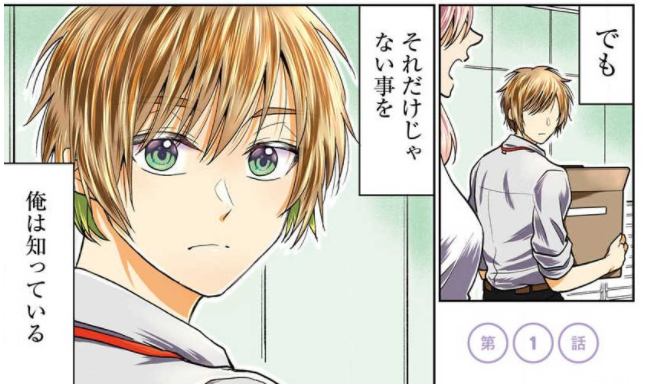 But I know she’s not just that. 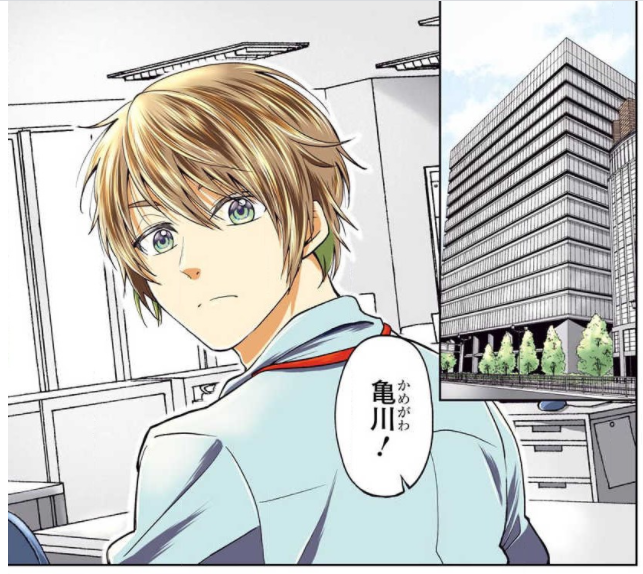 The main protagonist is Kamekawa, who newly enters the company.
Kamekawa has just entered this company, so he is assigned to work as a pair with a Senpai staff, who is going to “train” him. 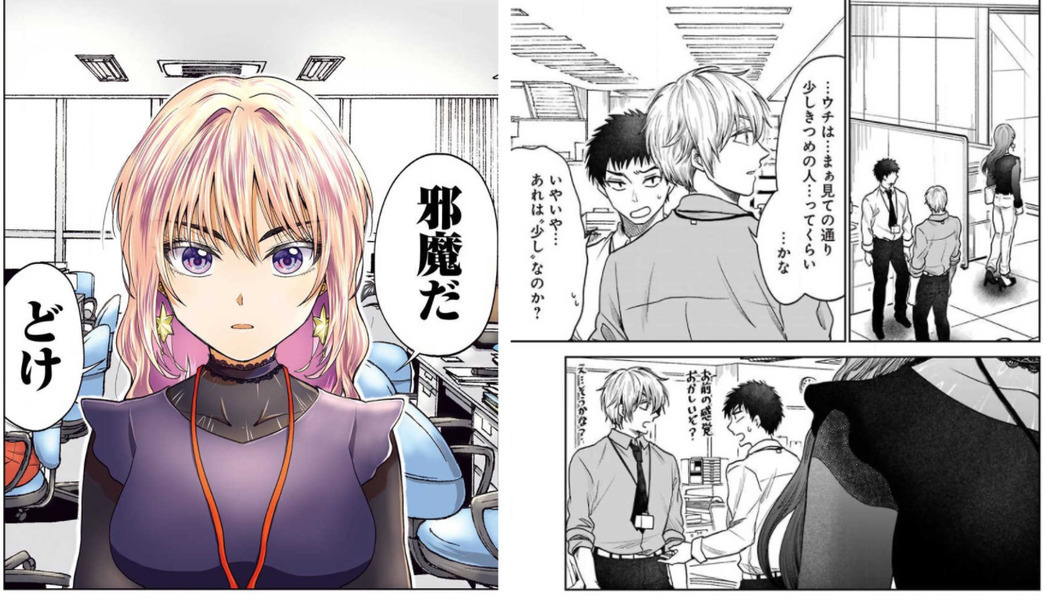 The trainer (Senpai), Kannawa, is such a strict person.
When Kamekawa is talking with his co-worker in the hallway, she says to him very coldly, “You’re in my way. Get away.”
Looking at her cold expressions and words, Kamekawa’s co-worker thinks Kannawa is “too strict,” but Kamekawa never thinks that way.
Actually, Kannawa is…… 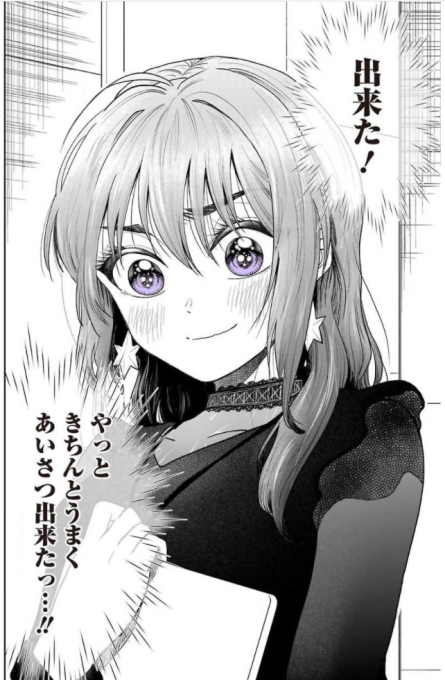 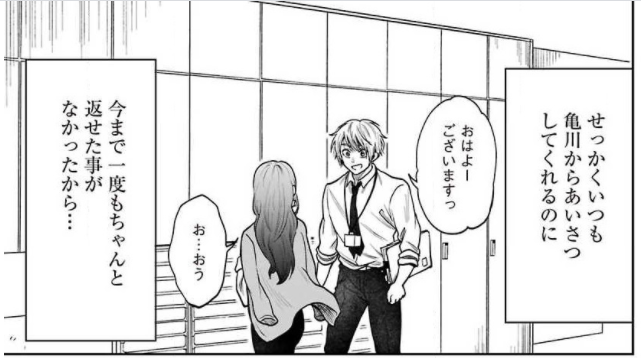 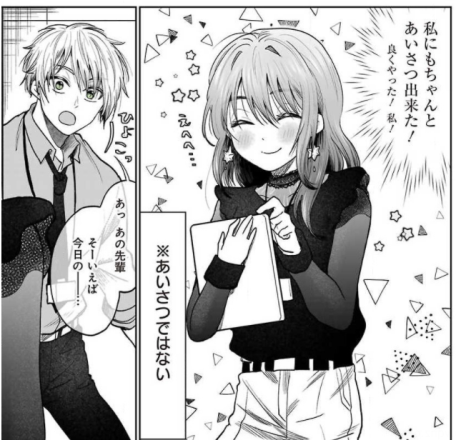 Actually, Kannawa easily gets nervous and when she actually gets nervous, her face becomes frozen. Honestly, she always wants to greet Kamekawa back since he does that to her every day, however, Kannawa gets too nervous and Kamekawa always ends up leaving there before she even greets him back.
To her, the one she says, “You’re in my way. Get away” is a good greeting to him. (Nobody would think that way, though……) 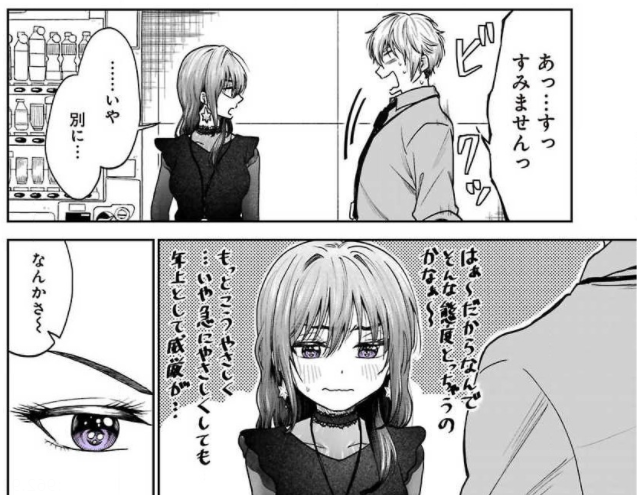 Since Kamekawa starts to work for her, he knows that Kannawa is actually a “dependable and kind Senpai” to him, while her remarks are always strict. 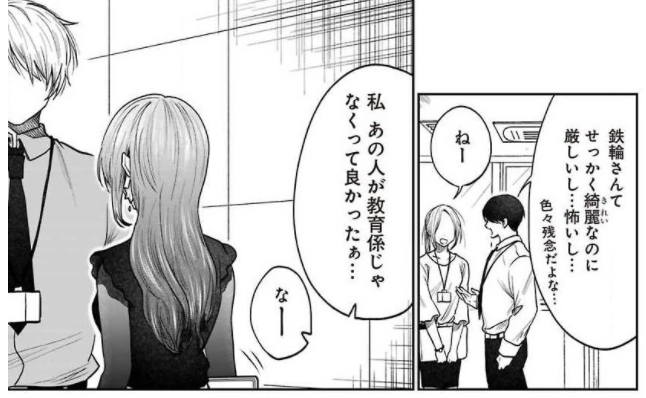 However……
“I’m sorry that Kannawa-San is strict and scary……, though she is pretty……”
“I’m glad that she’s not my trainer.”
Other staff, who don’t really see how Kannawa works, always complain about her.
Kannawa, who happens to hear them, drops her tablet. What’s shown on the tablet is…… 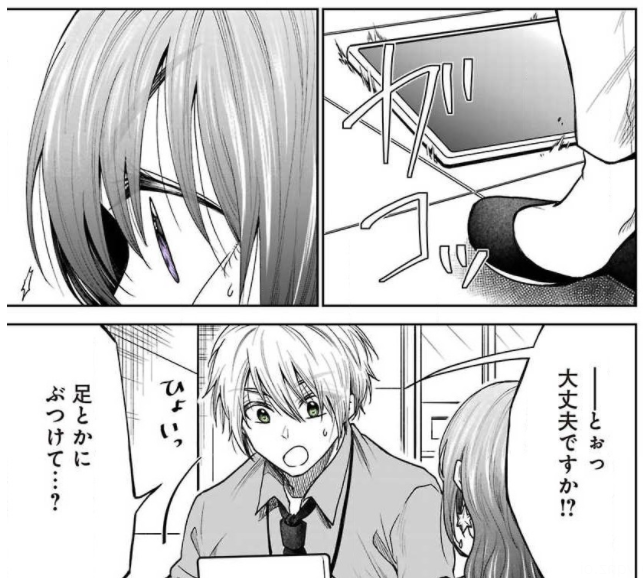 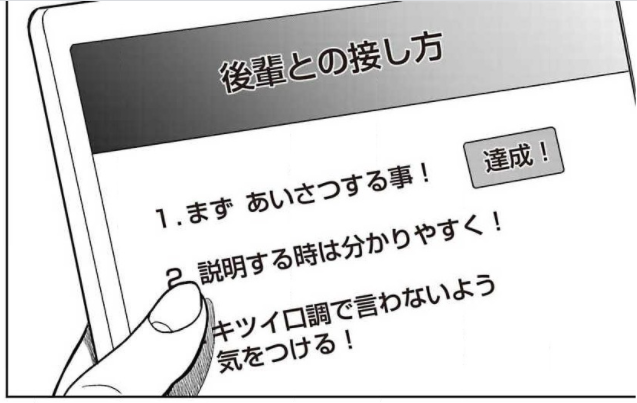 “How to treat my subordinates”

Kamekawa knows that Kannawa is trying to change herself.
She’s too clumsy but everything is for her subordinates…… 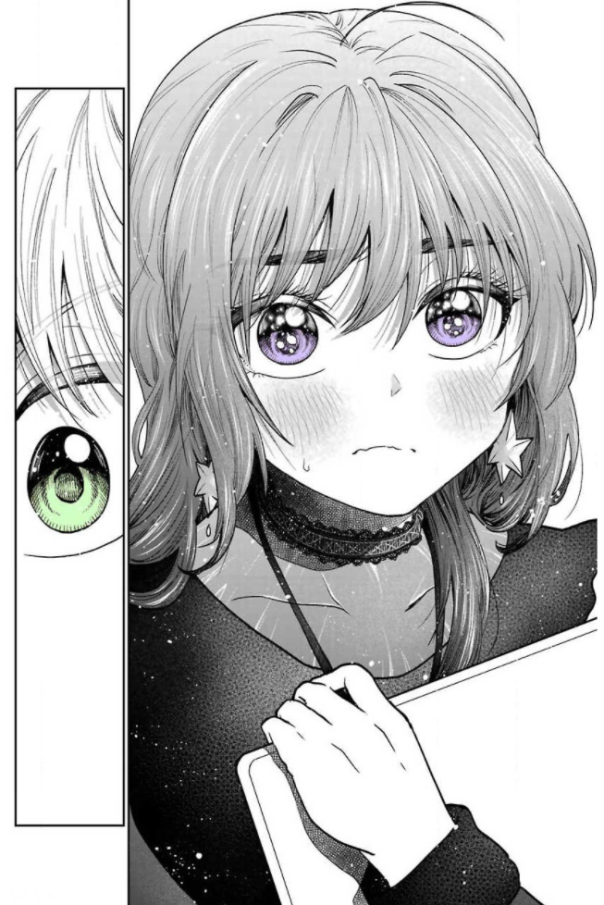 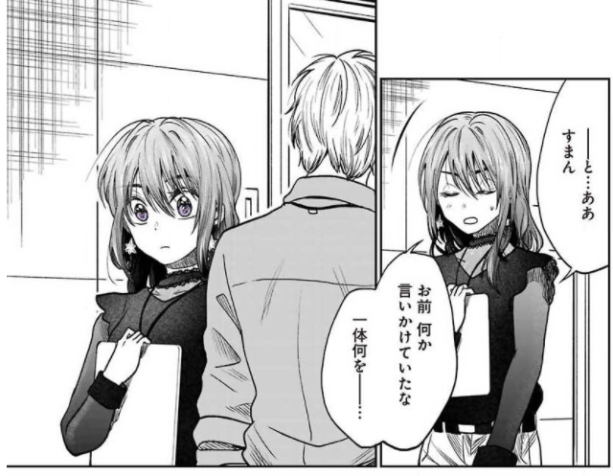 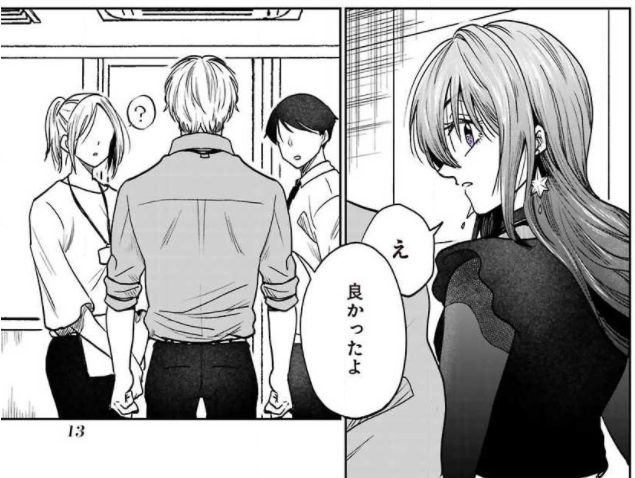 Kamekawa gives her tablet back to her, and Kamekawa says to other staff who always complain about Kannawa.
“Well, I’m happy.”
“I’m fortunate that I know Kannawa Senpai’s good parts.” 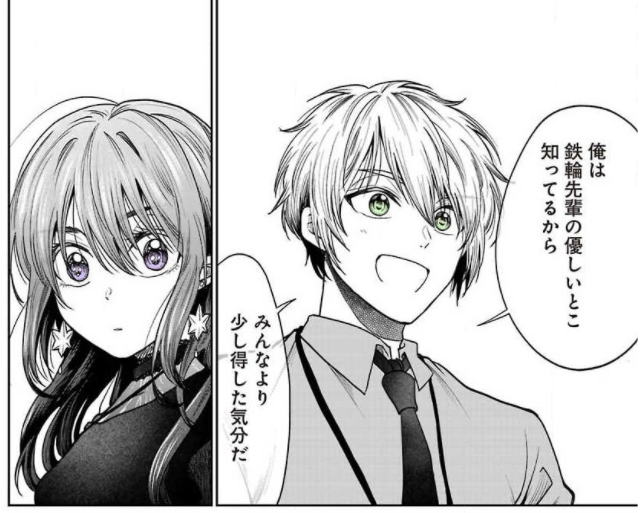 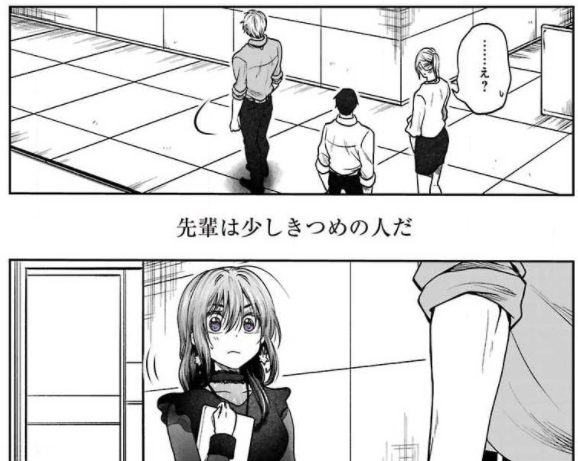 “Sorry, I might have done something unnecessary.” Kamekawa apologizes to her.
Kannawa says, “I won’t thank you for what you did”…… 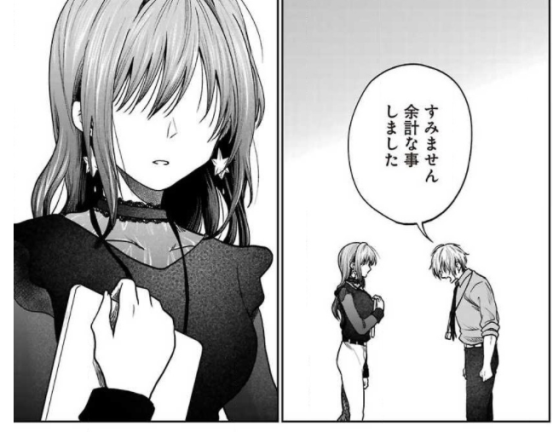 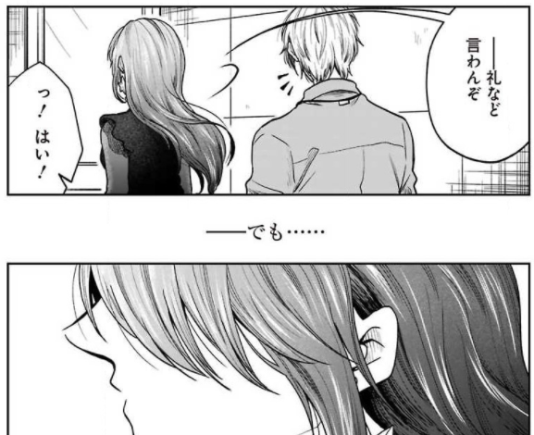 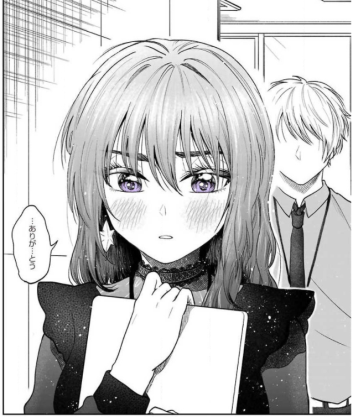 But she says in a very small voice, “Thank you.”
She is the Senpai who is a little scary and strict to others but tries hard being clumsy at the same time.
It’s a story about such a Senpai and her subordinate who cares too much about her. 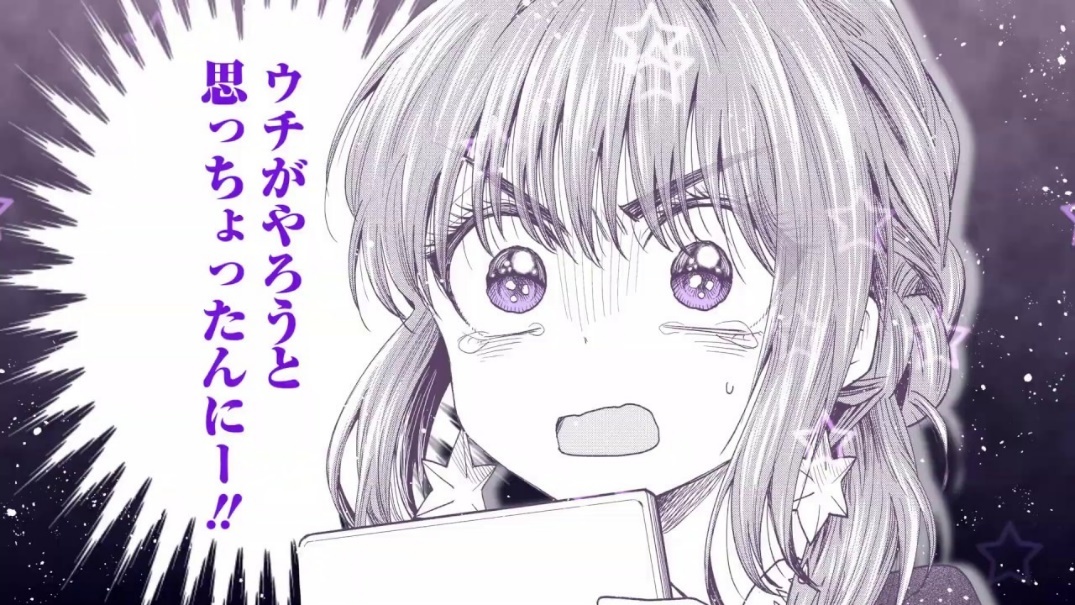 What a good Senpai…… The subordinate is such a good boy too, huh?

Yep. The love comedy manga about these two clumsy office workers is now being buzzed! All the fans seem jealous for Kamekawa, having a Senpai like Kannawa Senpai and get healed by her cuteness too!
Vol.2 will be released at the end of October, 2020 too!
Check HERE for Bukiyou na Senpai.!
▸

All right! This is all for today! We’ll see you all at the next article!
Bye-bye~!
Bukiyou na Senpai.